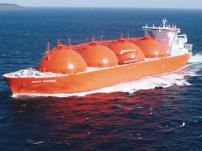 A report by US watch-dog, the Government Accountability Office has concluded that the Coast Guard lacks the resources to adequately protect tankers carrying liquefied petroleum or crude oil from a possible terrorist attack.

The report concluded that the Coast Guard is stretched too thin in some cases “to meet its own self-imposed security standards such as escorting ships carrying liquefied natural gas.”

While the GAO cited no specific terrorist threat to a vessel or U.S. port, the report said “the threat of seaboard terrorist attacks on maritime energy tankers and infrastructure is likely to persist,” with the greatest risks at shipping chokepoints far from U.S. shores.

But it also said the United States “has limitations” in its ability to head off a terrorist plot overseas and that actions taken in U.S waters and ports “carry increased importance.”

LNG imports are now equal to two large tankers arriving at a US port every three days and this is set to rocket as the US imports more LNG. Is it only a matter of time..