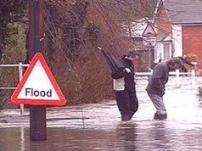 For many in the UK, the Summer of 2007 was a wash-out with severe flooding, but this hasn’t stopped 2007 being declared the second warmest year on record, according to figures released by the Met Office.

The average mean temperature across the UK was 9.6C – slightly cooler than in 2006, but continuing the recent trend towards warmer temperatures. Since UK-wide records began in 1914, nine of the 10 warmest years have happened since 1989.

“There is an inexorable rise in temperature that is small compared to daily weather changes,” said Met office climate scientist Dr Matt Huddleston. “There is much greater certainty that this is because of manmade pollution.”

2008 is expected to be another warm year with global temperatures forecast to be 0.37C above the long-term average.

So all the trends are up: oil price, grain price and temperatures….