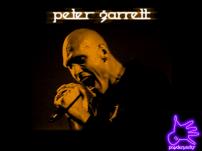 Rudd, who has not yet taken office, has targeted the environment one of his top three priorities, along with the Australian economy and its education system. Garrett, who had an international hit with the song “Beds Are Burning,” has been a Labor Party member of Parliament since 2004.

Since becoming a Labor Party member, some have accused Garrett of selling out. Well let’s see how he does as Environment Minister. Apart from tackling climate change, he could also stop the Bell Bay pulp and paper mill in virgin Tasmanian forest….