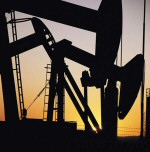 All the signs have been there for a while, but now the head economist of the International Energy Agency, Fatih Birol has succinctly articulated the growing crisis for the oil majors. They are doomed to become “niche players” in the oil sector, he predicts.

“Western oil companies are going through an identity crisis,” argues Birol. “Enormous reserves still exist but mainly in the Middle East. And they do not have access to them,” she said. As a result, “Western companies will become niche players in the oil market because they will have no more prospects for development,” he said.The only option for them could be to diversify into integrated energy companies, including renewables.