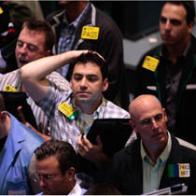 Just getting used to oil prices around $100 a barrel. Well Thailand’s Energy Minister Piyasvasti Amranand has said that global oil prices could surge to US$200 per barrel if the United States goes to war with Iran.

Speaking at a seminar on “The Promotion of Bio-Technology,” he said he shared a view in common with Venezuela’s President Hugo Chavez, that should the US attack Iran, it would affect oil production in the Middle East. Global crude prices might double from $100 per barrel to $200 since the oil supply would be disrupted.

However, Mr. Piyasvasti said it needed to be monitored whether oil-producing countries would do and how the situation would affect the oil production. “It is difficult to predict the future price of oil. Nobody expected five years ago that global oil prices would surge to almost $100 per barrel,” he said.