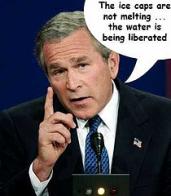 The Bush administration was criticised yesterday for organising an alternative climate change forum, as the United Nations secretary general stressed that the UN is the best place to discuss global measures.

“The UN climate process is the appropriate forum for negotiating global action,” the UN’s Ban Ki-moon, told world leaders and superstars of the climate movement, including the former US vice-president Al Gore and the Governor of California Arnold Schwarzenegger, in a veiled attack on President George Bush, who called a competing meeting of 16 major economies in Washington later this week.

The unprecedented global warming summit in New York was convened by Mr Ban to kick-start negotiations on a follow-up treaty to the Kyoto protocol, which expires in 2012. Those talks will begin in earnest in Bali this December. Speakers urged new political momentum on curbing emissions and pressure on America to accept mandatory limits.

Mr Bush, who has resisted negotiated caps on emissions and advocates new clean technologies to counter global warming, did not attend the main session but was to join a working dinner. The threat of climate change is set to emerge as the dominant theme of the annual General Assembly of the United Nations, which opens formally today.

To coincide with the meeting, the BBC World Service has undertaken a world-wide poll of 22,000 people from 21 countries on climate change. An average of 79% of respondents to the BBC survey agreed that “human activity, including industry and transportation, is a significant cause of climate change”.

Nine out of 10 people said action was necessary, with two-thirds of people going further, saying “it is necessary to take major steps starting very soon”.

That means more than just having a meeting Mr. Bush, it means signing up to meaningful, mandatory emission reduction targets.