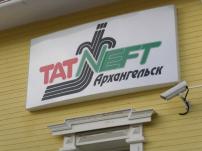 The Russian mid-sized oil firm Tatneft has given Shell’s operations in Russia a boost by choosing it as its partner in developing vast deposits of heavy bitumen oil in the Volga region in the republic of Tatarstan.

Although no specific details of the agreement have been made public the firm has said it will choose a strategic partner to bring in technology to produce the hard to extract crude and probably build a specialised refinery capable of processing extra-viscous oil.

Tatneft did not disclosed the deposits’ reserves, but Tatarstan’s total reserves of heavy bitumen oil are estimated at 1.5-7 billion tones, which if confirmed, would represent over a half of Russia’s total crude reserves.