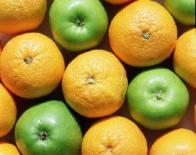 The sugar in fruit such as apples and oranges can be converted into a new type of low carbon fuel for cars, according to US scientists. The fuel, made from fructose, contains far more energy than ethanol.

Critics say that the current biofuels, both diesel made from palm oil and ethanol made from corn, encourage farmers to switch land to fuel production, driving up the price of food in the process. But now scientists at the University of Wisconsin-Madison say that a simple sugar called fructose can be converted into a fuel that has many advantages over ethanol.

The scientists say that fructose can be obtained directly from fruits and plants or made from glucose. But more work needs to be done to assess the environmental impact of this new fuel.

Meanwhile, in Britain, researchers say that the technology now exists to create biodiesel not just from palm oil but from a range of materials including wood, weeds and plastic bags. The process is called biomass to liquid and within six years up to 30% of Britain’s diesel requirements could be met from this source.

Jeremy Tomkinson of the UK’s National Non-Food Crops Centre told the BBC “The impact on society we’re hoping will be far wider than simply ‘we can give you a fuel now with a tenfold reduction in its carbon footprint”.