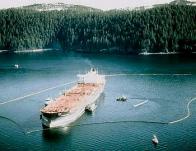 At the time of the 1989 Exxon Valdez disaster I remember that someone said “lawyers not yet born will work on this one”.

Some seventeen years later the litigation continues. Exxon’s legal options look more constrained though after a federal appeal court rejected the company’s latest request for the court to further reduce damages against the company.

In 1994, a federal jury found that Exxon and Valdez captain Joseph Hazelwood acted recklessly, which opened the company to punitive damages of $4.5 billion. Last December, the 9th U.S. Circuit Court of Appeals reduced the punitive damage award to $2.5 billion in a case that began with a 1994 decision by an Anchorage jury siding with 34,000 fishermen and other Alaskans. The plaintiffs said they were hurt when Exxon’s oil tanker struck a charted reef and spilled 11 million gallons of crude oil.

But Exxon’s hopes of having the amount reduced even further look dashed. “It is time for this protracted litigation to end,” Chief Judge Mary Schroeder and Judge Andrew Kleinfeld wrote in a 2-1 decision in December after the case reached the appeals court for the third time.

The only option now for Exxon is to go to the US Supreme Court, which it intends to do. “The Ninth Circuit Court ruling now allows the case to be appealed to the U.S. Supreme Court where the case should be decided,” said Exxon spokesman Mark Boudreaux.

Exxon should not prolong the financial agony for the fisherman who were affected by the spill and shut up and pay up. Its not as if the company can’t afford it.