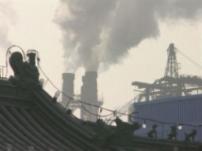 China is set to overtake the US as the world’s largest emitter of greenhouse gases within months, experts are predicting. Previously expected to occur in 2009 or 2010, the historic event could now happen as early as November.

But this event pales into insignificance if China takes no action to improve emissions. Within twenty five years the country could be emitting as much as the world’s 26 richest countries altogether.

“Without China playing a significant role, all the efforts of every other country will make little sense. It is terribly important” argues Dr Faith Birol, chief economist at the International Energy Agency.

Worrying for the international community is that, for China, growth comes before cutting emissions.