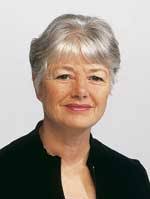 The New Zealand Green Party has unveiled a new climate change policy that rejects carbon taxes and emissions trading in favour of an emitter-pays approach.

They argue their solution offers the best hope of carbon charges and trading while ensuring taxpayers are not left holding the estimated $600 million bill for New Zealand’s Kyoto liabilities come 2012.Under the plan, transport and energy prices would rise and miners and power generators would be made responsible for buying carbon credits to cover the carbon they burn. These units would be transferred to the Government for reinvesting in measures to combat climate change.

Agriculture would lose its blanket exemption from emissions liabilities, and would have to buy Kyoto units to cover the growth in emissions since 1990, caused mainly by conversions to dairy farms.

The leader of the Greens, Jeanette Fitzsimons, said the Government was running out of time to finalise its climate change measures and the Greens were offering some good ideas. The new policy also doubles as its formal submission to the Government’s climate-change-policy discussion process.

A government running out of time on climate? Heard that one before…