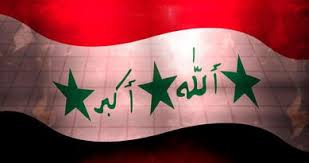 The British Government has denied claims it intervened to influence the shaping of Iraq’s controversial oil law, which pretty much everyone but the American and British government believes will hand over control of the country’s oil supply to foreign multinationals.

Dr Howells tells the programme, called Iraq: Mixing Oil and Blood, that “it’s a shameful lie” to suggest the British government is not interested in the welfare of the Iraqi people. He says critics are only interested in “grandising their own conspiracy theories”. And he strongly defends the Foreign Office’s role in arranging meetings between Iraqi ministry officials and western oil companies, and in influencing the oil law.

In the programme, Greg Muttitt from the oil watch-dog, Platform, claims he has uncovered new evidence under the Freedom of Information Act that “British diplomats and officials in Whitehall have been reviewing drafts of the law, commenting on it and trying to influence it”.

I think I believe Greg on this one..