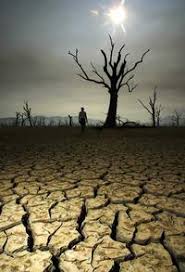 Hot of the heels of the two NASA reports is a further one from British scientists saying that drastic action is needed if we are to avoid catastrophic climate change. The government-funded Tyndall Centre for Climate Change Research, the leading climate change research body, has revised upwards by a massive 50% the cuts in greenhouse gas emissions that are needed by 2050.

In a scathing report commissioned by Friends of the Earth and the Cooperative Bank, the Tyndall Centre academics lambast successive governments for misleading the public on what has been achieved and what needs to be done.

“The government’s carbon reduction policies continue to be informed by a partial inventory which omits the two important and rapidly growing sectors of air transport and shipping … There is a clear void between the scale of the problem and the actual policy mechanisms proposed,” the report says.

It proposes radical ideas to effect change, predicting that most buildings will have to generate their own electricity, double-decker trains will transport people to work, and planes might not be allowed to take off unless they are nearly full.

But the report says that 90% cuts are achievable if measures are taken within four years to stabilise emissions. Beyond 2010, it says, annual cuts of 9% will be needed for the next 20 years.

Dr Kevin Anderson, research director of the Tyndall Centre’s energy and climate change programme, said: “Our research demonstrates that the UK can move to a low carbon economy. But the journey will become much more demanding the longer the government leaves it to act.”