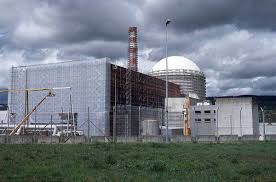 Tony Blair will tomorrow announce the results of Britain’s long awaited energy review, which will call for a five-fold increase in energy generation from wind, solar, tidal and agricultural sources.

However the boost in renewables will be seen as trying to offset the huge criticism over Blair giving the green light to a resumption in nuclear power. The review states: “Based on a range of possible scenarios, the economics of nuclear now look more positive than at the time of the 2003 Energy White paper”.

It adds: “Government considers that nuclear should have a role to play in the future of the UK generating mix, alongside other low carbon-generating options”. According to a draft in The Observer yesterday, sources indicate that six modern stations, each capable of generating 1.6 gigawatts of power, are envisaged by the Department of Trade and industry.

The UK government’s argument is that without nuclear, the UK will become dependent on gas, increasing from 38 per cent of today’s supply to 55 per cent by 2020, with up to 90 per cent of this imported – largely from potentially unstable regions such as the Middle East, Central Asia, Africa and Russia.

We all know that Blair decided months ago that to give nuclear the green light, so the public consultation over the last few months seems a complete charade. But that is New Labour for you.