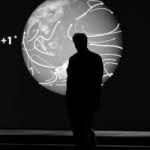 Al Gore, in London for a meeting with British Chancellor Gordon Brown, said that President Clinton’s failure to get Kyoto ratified was due mainly to the fact that many people in the US were then, and to a certain extent still are, in a state of denial about the severity of the crisis.

But he also accused a “small group of very well-to-do polluters” of spending millions of dollars trying to persuade the public there was still a debate to be had. “It is exactly the same thing that was done by some of the tobacco companies after the doctors and scientists firmly linked lung disease to smoking.”

Some fifty years after the casual link between smoking and cancer was proven some tobacco companies still try and deny the link. Let’s hope it won’t take the oil industry and its lackeys that long, because by then the climate will be fried.