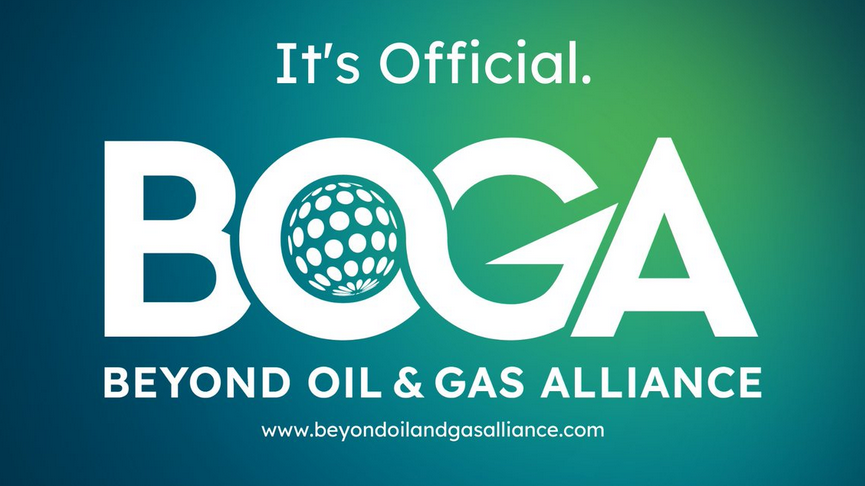 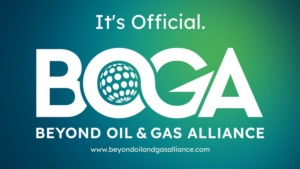 As the negotiations over COP26 go down to the wire, civil society groups including Indigenous activists, frontline community activists, scientists, trade unions, and environmentalists have walked of the negotiations in protest at lack of progress of the talks.

“COP26 is a performance,” the Indigenous activist Ta’Kaiya Blaney of the Tla A’min Nation told the meeting just before the walkout. “It is an illusion constructed to save the capitalist economy rooted in resource extraction and colonialism.”

As of now, we still do not know what the final text will look like, and whether negotiations will go on into the night.

Looking for positives from COP26, undoubtedly one of the key success stories has been the launch of BOGA, the Beyond Oil and Gas Alliance, in which OCI has played a crucial role.

Led by Denmark and Costa Rica, with Sweden, France, Quebec, Greenland, Ireland and Wales as core members, the Alliance also has California, New Zealand, and Portugal as Associate Members.

Let us not forget that the roots of BOGA are grounded in the community and Indigenous struggles of the last few decades, as my colleague Bronwen Tucker rightly pointed out on Twitter.

Begging journalists to not forget that today's historic #BOGA announcement is *fundamentally* only possible because 31 years ago MOSOP made the Ogoni Bill of Rights, 33 years ago the Lubicon Cree blockaded oil roads on their land, 46 ya Dene Nation stopped the Mackenzie Pipeline https://t.co/AbMZTg6WhT

And make no mistake — BOGA is historic. Many have labelled it as one of the few key successes of the COP, and part of the new paradigm on ending fossil fuels.

There was genuine excitement from seasoned journalists covering the COP at the BOGA launch. This was the Times’ Ben Webster:

Biggest crowd I’ve seen for a Cop26 press conference – because it’s about actual commitments to keep oil and gas in the ground, not just talking about it #BOGA pic.twitter.com/GrinSHhmCH

Many from media and observers couldn’t even get into the BOGA press conference. Not often seen here. This is what happens when countries actually deliver genuine action pic.twitter.com/YQrnHP5o52

But from all the names on the BOGA list, there was an obvious one missing: COP host, the UK Government. To put it mildly, this is a disgrace for a country that keeps trying to argue that it is leading the way on climate.

Not all the UK countries were missing though. At least Wales is on the list. And according to press reports, Scotland is considering joining.

It is not surprising the UK’s absence as a whole was not lost on politicians and environmental leaders. The London Parliament’s only Green MP, Caroline Lucas, tweeted:

Beggars belief that ?@BorisJohnson? comes here to #COP26 to lecture other countries to “pull out all the stops” & yet refuses to join the #BeyondOilandGasAlliance to keep fossil fuels in the ground – he’s a climate laggard not a climate leader #BOGA https://t.co/7Rp1nH287w

We cannot eat coal. We cannot drink oil. And we cannot breathe gas. Countries that continue to finance and produce fossil fuels are responsible for the loss of livelihoods — and lives. @BorisJohnson please show true leadership and phase them out. @COP26 #ClimateJustice #BOGA https://t.co/71lRxec1e1

"UK snubs pact to end oil and gas as other nations forge path away from fossil fuels". For me, this BOGA thing, its the real deal. It and a wider FFNPT would form the basis of the sort of climate agreement the world needs right now. https://t.co/Ywi2kEen86

Whereas Tessa Khan from the NGO Uplift said, “the creation of the Alliance shows how far the UK has fallen when it comes to genuine climate leadership.”

“While our neighbours power past fossil fuels, Boris Johnson is approving new oil and gas projects, like the Cambo field.” She added that the UK was now a “climate laggard.”

When the Danish Minister addressed the delegates at the BOGA launch, he said: “There is no future for oil and gas in a 1.5 degree world. Just as the Stone Age didn’t end because of a lack of stone, the fossil era won’t end because there is no oil in the ground but because Government’s decide to do the right thing.”

The members of BOGA are doing the right thing by keeping oil in the ground. This is true climate leadership. Pity that Boris Johnson’s government is not one of them. For all his spin and bluff, Johnson remains a climate laggard.