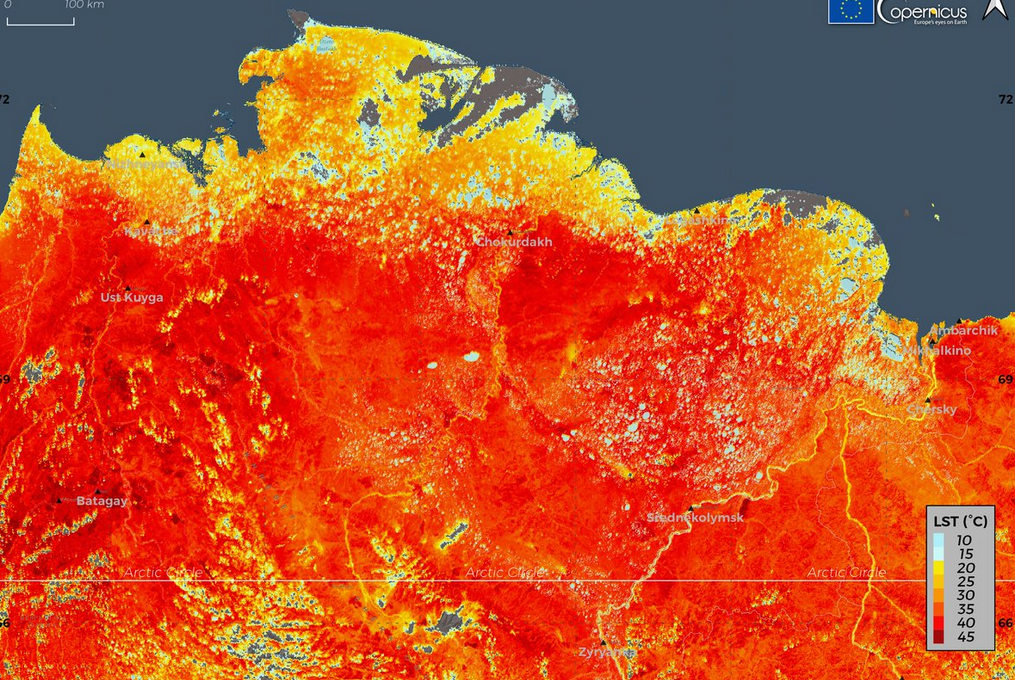 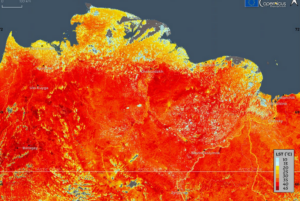 There is deeply worrying news from the Arctic as temperatures reach record levels.

At first over the weekend, it was reported that temperatures within the Arctic Circle were “likely” to have hit an all-time record of 100 degrees Fahrenheit or 38 degrees Centigrade.

Although the record still has to be officially verified, this is a staggering 18 degrees Centigrade higher than the previous record for June.

Randy Cerveny, a professor at Arizona State University who leads the World Meteorological Organization’s (WMO) weather and climate extremes team told the Washington Post, which reported the data, that the UN agency was “preliminarily accepting the observation as a new extreme, pending further detailed review.”

The record over the weekend was reached in Verkhoyansk, which is located within the Arctic Circle, where the temperature has been recorded since the 1880s. The average June high temperature in Verkhoyansk is normally 68 degrees (20 Celsius).

In response to the Washington Post article, Bill McKibben, the founder of 350.org, tweeted:

Siberian town tops 100 degrees F, the hottest temperature ever recorded north of the Arctic Circle.
This scares me, I have to say. https://t.co/NatjQhuLGn

However, even this record now seems to have been broken. Earlier today, the European Commission reported that land surface temperatures in the Arctic had been recorded at 45 degrees Centigrade, a staggering 113 degrees Fahrenheit.

Actually take a second to think about that.

The temperature records are further evidence that the Arctic is warming at a rate much faster than other regions and that we are living in a climate emergency.

The other problem is that these records highs are not isolated events. The Arctic has been experiencing high temperatures for much of this year, which is “undoubtedly alarming” climate scientists.

Recently the scientists at the Copernicus Climate Change Service published a report on “unusually mild winter and spring in Siberia”.

They noted that in Siberia “the whole of winter and spring had repeated periods of higher-than-average surface air temperatures, particularly from January onward… what is unusual in this case is how long the warmer-than-average anomalies have persisted.” Last month, May was the warmest May “by far.”

What is even more extraordinary is that these records are what scientists predicted would happen way into the future. As the Daily Kos notes: “The average heat across Russia from January to May is so remarkable that it matches what’s projected to be normal by the year 2100 if current trends in heat-trapping carbon emissions continue.”

No wonder scientists are concerned. Chris Rapley of University College London told the BBC, “We’ve upset the energy balance of the entire planet. This is a warning message from the Earth itself. We ignore it at our peril.”

The high temperatures will bring other problems too.

As the Arctic ocean warms it will absorb more carbon dioxide, leading to greater ocean acidification. A recent study by climate scientists from the University of Bern and École Normale Supérieure in Paris found that ocean acidification threatens the life of mussels and “sea butterflies” and can have serious consequences for the entire food chain.

A study published in the scientific journal Nature found that “it will be more difficult for Arctic organisms to adapt to ocean acidification than previously expected,” according to co-author Lester Kwiatkowski. It makes for a grim conclusion which has far reaching ramifications; “a loss of these organisms is likely to impact the entire Arctic food chain up to fish and marine mammals.”

The Arctic is boiling and the whole Arctic food chain is at risk. It is a stark warning and one that demands an immediate response by politicians and policy makers. We need a rapid transition out of fossil fuels now.