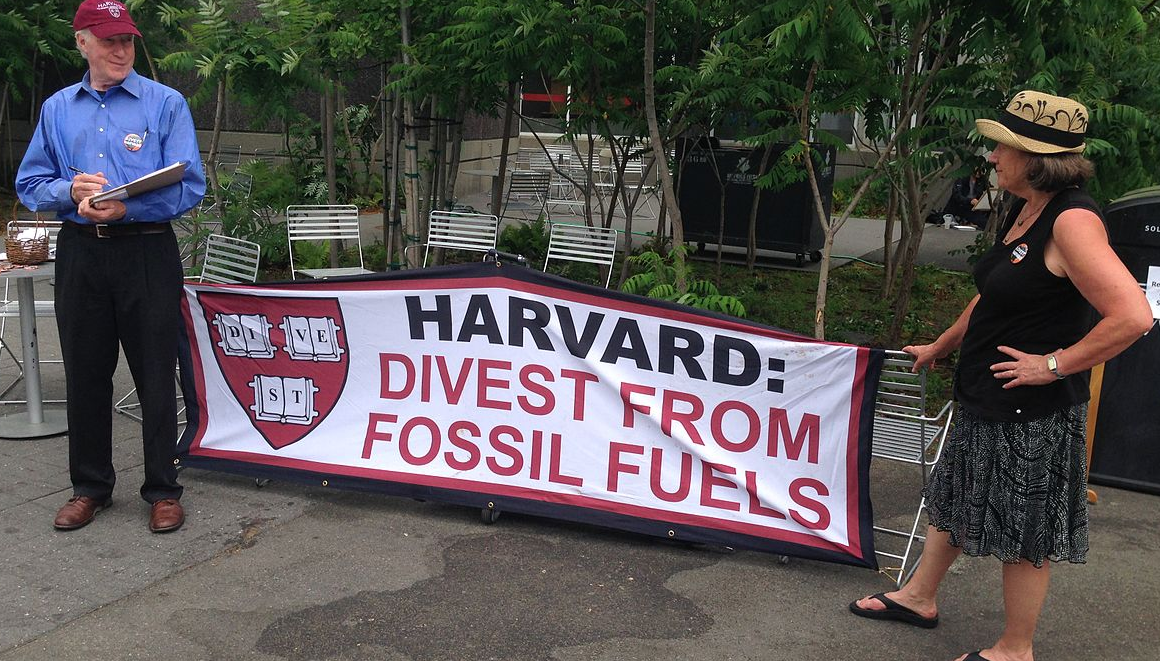 Every day, the empire crumbles, as once invincible companies suddenly look vulnerable.

Earlier today, the influential merchant bank, Goldman Sachs, downgraded the once mighty ExxonMobil from a “neutral” to a “sell” position, following disappointing fourth-quarter results from the company.

According to Reuters, the Wall Street bank forecasted that Exxon will only meet half of its targeted returns by 2025, beset by weaker oil and gas prices, as well as sliding refining and chemicals profit margins.

Fossil fuel disinvestment is now a daily story. Yesterday, Grist reported that the alumni from Harvard were “turning up the heat” on the University over fossil fuel divestment. Last week, the influential British Medical Journal tweeted:

The case for divestment from fossil fuels is clear. We call on health professionals and medical organisations to act now. Divestment is one way of exerting influence on politicians and industry on behalf of patients and the public @fgodlee @KamranAbbasi https://t.co/qjuHV2mgRX

In a related article published in the Journal, the BMJ’s executive editor, Kamran Abbasi and Fiona Godlee, the Journal’s editor in chief asked “How do we restore hope for humanity? Many of us feel despair at a disintegrating political consensus to save our planet from fire, flood, disease, and conflict.”

The two doctors are not the only ones making the case for disinvestment and drawing on parallels with the tobacco industry.

Jim Cramer, the influential financial analyst who hosts @MadMoney On CNBC, was also warning about Exxon stock today (XOM). “Barring a rise in the price of crude oil it looks like the price of XOM could sink lower in the months ahead. Avoid the long side despite the attractive yield,” he wrote.

Cramer also caused a stir last Friday when he stated live on CNBC: “I’m done with fossil fuels. We are done. They are just done.”

Asked why he is “done”, Cramer replied: “We are starting to see disinvestment all over the world. Big pension funds saying ‘we are not going to own them anymore.’”

“The world’s changed,” Cramer continued, “there are new money managers who frankly want to appease younger people who believe that you can’t ever make a fossil fuel company sustainable.”

He added that “we are in the death knell phase,” adding that “these stocks don’t want to be owned by younger people.”

He added: “You can tell that the world’s turned on them, and it’s actually kind of happening very quickly. You’re seeing divestiture by a lot of different funds. It’s going to be a parade. These are tobacco and we are not going to own them.”

It is amazing how the money managers and doctors have come to the same point: Fossil fuels are the new tobacco and it’s time to disinvest.