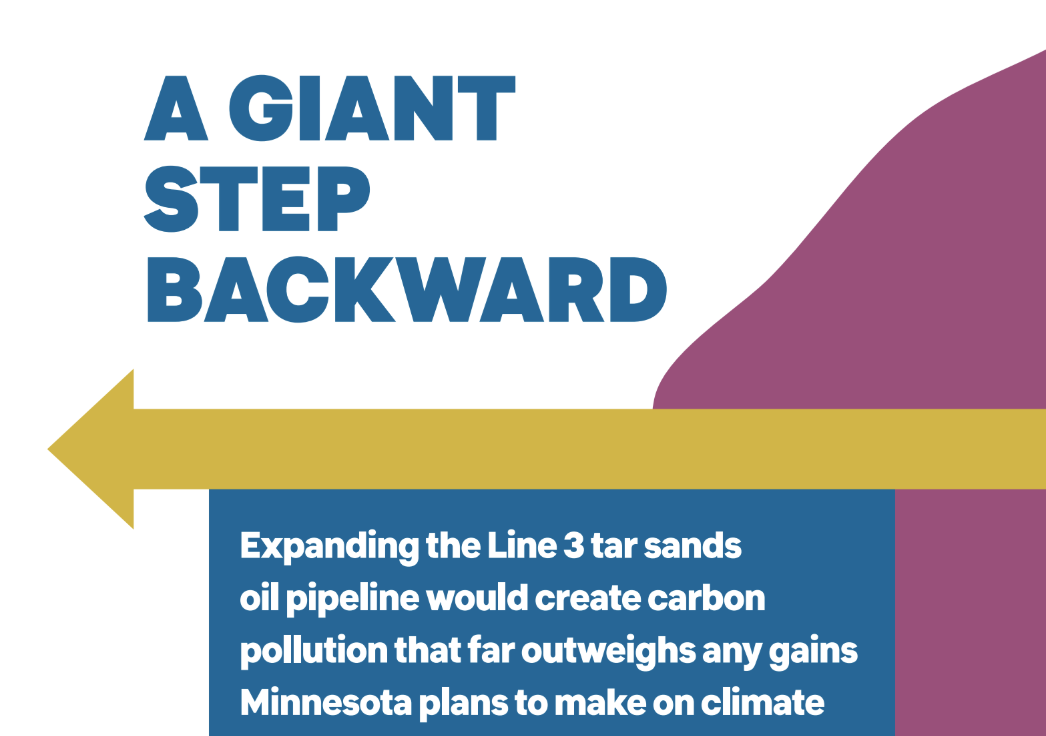 The report, entitled “A Giant Step Backward,” shows that by increasing the global availability of heavy tar sands oil, the high-capacity pipeline would set back plans to address climate change, wiping out Minnesota’s incremental gains in the transition away from burning fossil fuels for energy.

“A Giant Step Backward” compares annual GHG emissions by source in equivalent weight of carbon dioxide, and finds that the emissions of Line 3 would be highly significant:

The report also highlights how expanding Line 3 would have the equivalent impact on the climate of: