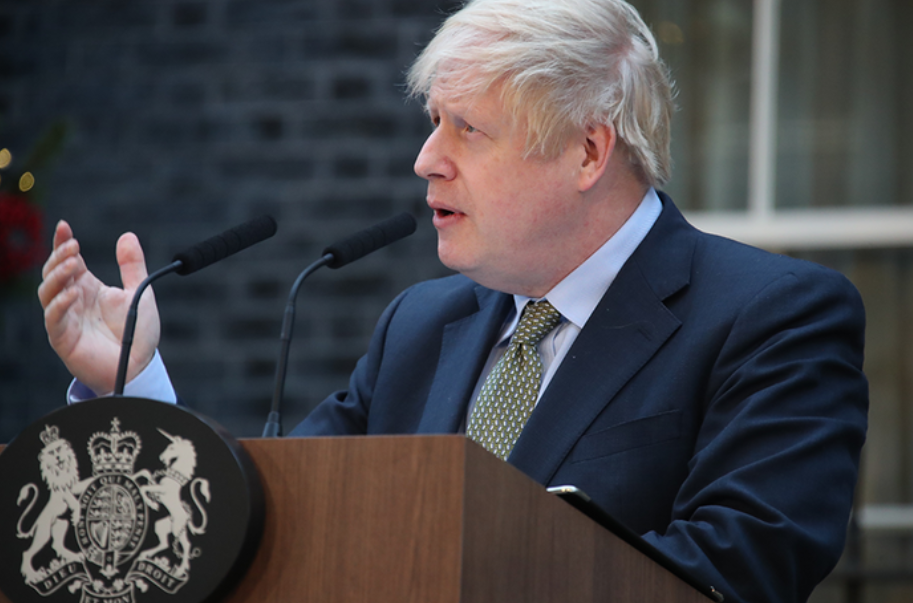 We already know that there are deep ties between Boris Johnson’s government and influential right-wing think-tanks that promote climate skepticism or denial.

So it did not take long for the climate deniers to be out in force celebrating his election victory for the Conservatives in the UK elections.

“Prime Minister Boris Johnson and his MPs now have the mandate and the majority to reform climate and energy policy in such a way that it won’t undermine Britain’s international competitiveness, hurt businesses, and burden households with rising costs,” said the GWPF.

This is code for: ‘Please do not tackle climate change, let the market decide, and begin ripping up environmental regulations.’

Writing in today’s Times newspaper, the head of the Institute of Economic Affairs Mark Littlewood, a leading think-tank that has long taken fossil fuel money, called on the government to begin on a process of deregulation and a so-called promised bonfire of “red tape.”

Littlewood says this will result in a review “of all the inherited rules and regulations from the period of our EU membership.”

Littlewood added that a sensible starting point would be to set up a “department for deregulation once our divorce from the EU has been secured”. He added: “But to unleash Britain’s potential, the government needs to develop a strategy on how it intends to liberalize and diverge.”

It is not hard to predict that environmental, health, and safety legislation will be an area that the neoliberal-right wants to gut, including regulations related to tackling climate change and energy efficiency.

Indeed, earlier today, the Independent newspaper reported that Boris Johnson has “fueled fears that workers’ rights and environmental safeguards will be ditched after Brexit after the government watered down a promise to enshrine them in law”.

Meanwhile, other Conservatives have stated that the UK should get fracking again, post the election. Lord Ashcroft, the ex-party chair of the Conservative party, tweeted:

The Conservatives should now complete its review into fracking…

It’s clear that Johnson’s backers want to rip up environmental regulations in a deregulatory race to the bottom. They want the Government to rip up its shale moratorium and start fracking again now that they have lulled the electorate into a false sense of security. They want so called “cheap” fossil fuel energy whilst our climate burns.

Meanwhile the UN climate talks, having spectacularly failed in Madrid these last two weeks, head to the UK next year, with Johnson in charge. That does not bode well for the climate, at all.