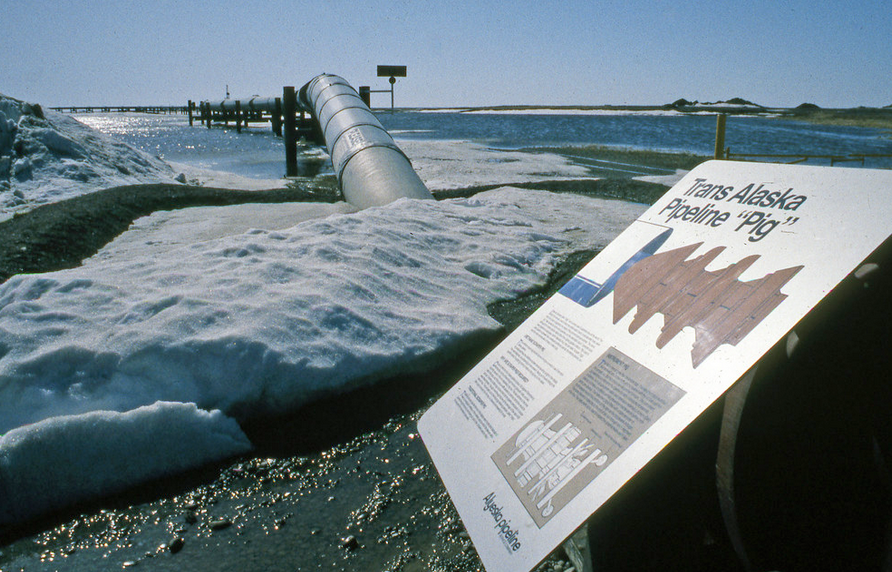 It is nearly twenty years to the month that six brave oil industry whistleblowers wrote to the then chief executive of BP, the charismatic Sir John Browne, “warning of an imminent threat to human life and the Alaskan environment” from what they saw as irresponsible oil operations in the state of Alaska.

The whistleblowers were concerned about BP’s operations on the North Slope, described by the company as the “jewel in the crown” of its global operations, as well as the 800-mile Trans Alaskan Pipeline, which snakes from the oil port of Valdez to the North Slope.

Their letter to Sir John Browne and three Congressmen, contained “evidence of compliance failures, falsified safety and inspection records, intimidation of workers and persistent violations of procedures and government regulations.”

They said that an ecological disaster far worse than the Exxon Valdez catastrophe could happen at any moment due to those failures.

Also at the time, BP was under a criminal investigation by the U.S. Justice Department, which had imposed a $3m fine on one of its drilling contractors, whose employees had dumped toxic waste at night on the North Slope over an 18 month period at the site in Prudhoe Bay.

Since then, BP’s operation of the pipeline and North Slope has been beset by problems and serious incidents.

The Christian Science Monitor noted in 2006 in an article, entitled “Leak is latest of Alaska’s pipeline woes” that “In recent years, about 500 oil spills have occurred in the Prudhoe Bay oil fields and along the 800-mile pipeline each year, according to the Alaska Department of Environmental Conservation.”

That year, in March, the largest leak in North Slope production history so far occurred, with as many as 267,000 gallons poured out of a corroded pipeline at Prudhoe Bay for five days before being discovered.

Due to the spill, the state of Alaska imposed a $255 million fine on BP.

BP’s problems kept coming. A Buzzfeed investigation in 2017 found that: “At least 27 accidents happened at BP’s oil and gas operations in Alaska this year, including five that risked the lives of dozens of workers.”

Buzzfeed noted that “BP’s top officials are scrambling to ‘reset’ the company’s safety culture before one of these scares turns into a human or environmental catastrophe on the Alaskan North Slope.”

That year, BP Alaska President, Janet Weiss, wrote in an email to Team Alaska, the workforce in the state: “Our safety performance — both process and personal — is not where it should be and no other business objective is more important.”

Maybe BP realized it could not fix its aging infrastructure. Maybe the oil wells are running dryer quicker than they make public. Maybe as one of the few companies that has access the results of a $40 million pilot well drilled in the Arctic National Refuge (ANWR) in 1986, they know there is little oil there. These are all maybes, but there could be truths to them.

The results of the 1986 well have always been a closely guarded secret, but earlier this year the New York Times quoted a lawyer who reportedly knew of the results saying that: “The discovery well was worthless.”

So maybe BP knew the game was up and last week the company sold its Crown Jewels, its Alaskan operations. BP announced it was selling its $5.6 billion stake in Prudhoe bay and the Trans Alaskan pipeline to Hilcorp, a privately-owned company.

If Alaskans thought that by getting rid of BP, their concerns over safety or environmental issues would be addressed, they would be disappointed.

According to Inside Climate News, although “Hilcorp is a relatively new player in Alaska’s oil and gas industry,” it has a “troubled safety and environmental track-record.”

Inside Climate News outlines how as Hilcorp has expanded across Alaska since 2012 “it has amassed a long list of safety and environmental violations. Among the most egregious incidents: three workers were nearly killed in an accident in 2015; a methane leak from an underwater pipeline was not stopped for months in 2017; and in late 2018, an oilfield worker was killed at Milne Point on the North Slope.”

In 2015, state regulators wrote a letter to Hilcorp in 2015 saying that a disregard for regulatory compliance was “endemic to Hilcorp’s approach to its Alaska operations,” and that “Hilcorp’s conduct is inexcusable.”

Lois Epstein, an engineer and Arctic Program director at The Wilderness Society told Inside Climate that “Hilcorp has had a terrible record during its time in Alaska.”

This does not bode well for the environment or people of Alaska, including the native Gwich’in.

Although the BP-Hilcorp transaction is subject to several state and federal approvals and won’t be completed until next year, according to the Alaska Journal,“Hilcorp will get all of BP Alaska’s lease holdings within the boundaries of ANWR and the associated data, which includes the results of the KIC-1 well”, the well that BP drilled back in 1986. So maybe there is oil there after all. If there is the oil industry and Trump Administration are desperate to exploit it.

The battle over ANWR has gone on ever since BP drilled in the mid-eighties. It has long been opposed by environmental groups and First Nations like the Gwich’in.

But the climate deniers and oil-industry allies at the Trump Administration intend to issue a lease sale for the 1.5 million-acre coastal plain of ANWR this year after environmental impact statements are completed, although any findings are likely to be challenged in the courts.

BP is a publicly listed company and could have at least been held to account by its shareholders and the public. Hilcorp, as a private company, cannot.

It has far fewer reserves to pay out, in case of a spill or an accident. And all the time, the Arctic melts.

According to the national Snow and Ice Data Center, the “Arctic sea ice extent was tracking at record low levels in July and August,” and that “On August sea ice extent dropped to 4.62 million square kilometers (1.78 million square miles), the third lowest extent for this date in the satellite record.”

BP may be leaving, but Alaska is still melting and weeping. And the risks from a spill on the aging Trans Alaska Pipeline, remain.