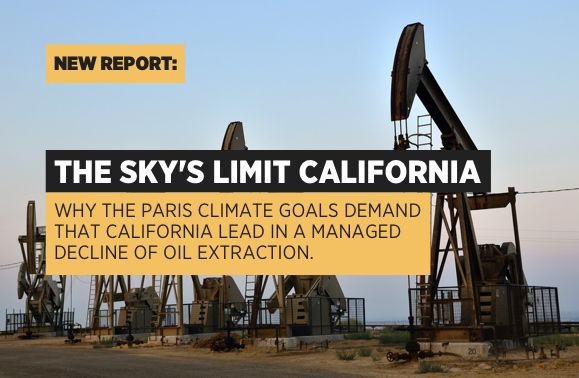 Oil Change International in collaboration with: 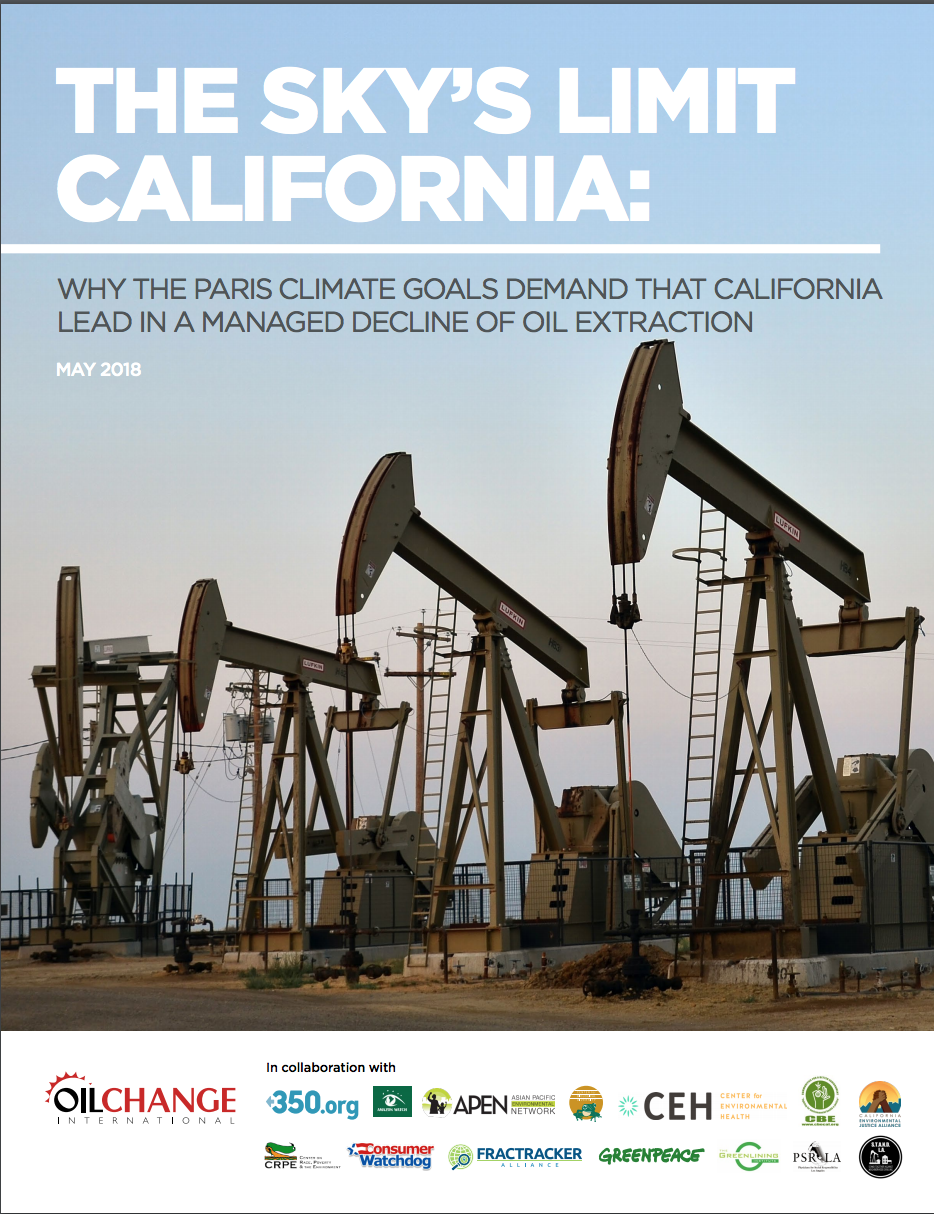 This study examines the implications of the Paris Agreement goals for oil production and climate leadership in California.

California’s leaders, including Governor Jerry Brown, have been vocal supporters of the Paris Agreement. Yet, California presently has no plan to phase out its oil and gas production in line with Paris-compliant carbon budgets. Under the Brown administration, the state has permitted the drilling of more than 20,000 new wells, including extraction and injection wells.

We recommend that the state take the following actions:

As a wealthy oil producer, California is well positioned to take more ambitious action to proactively phase out its fossil fuel production and has a responsibility to do so in order to fulfill its commitment
to climate leadership. By taking these steps, California would become the first significant oil and gas producer globally to chart a path off fossil fuel production in line with climate limits.