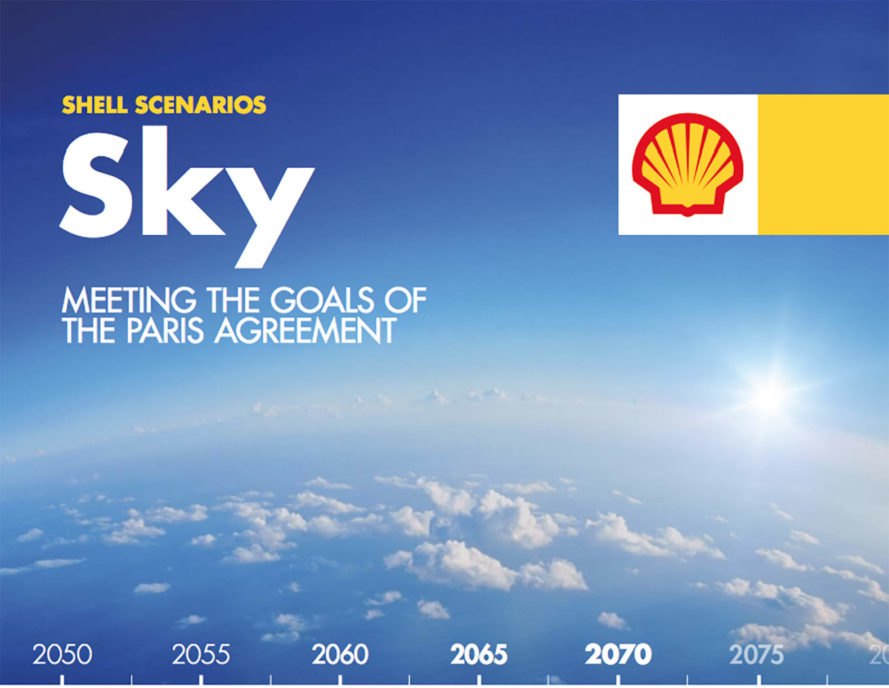 On Monday, Shell released a new report describing how the world might achieve the Paris goals. The report described a scenario called “Sky,” painting a picture of a possible future. 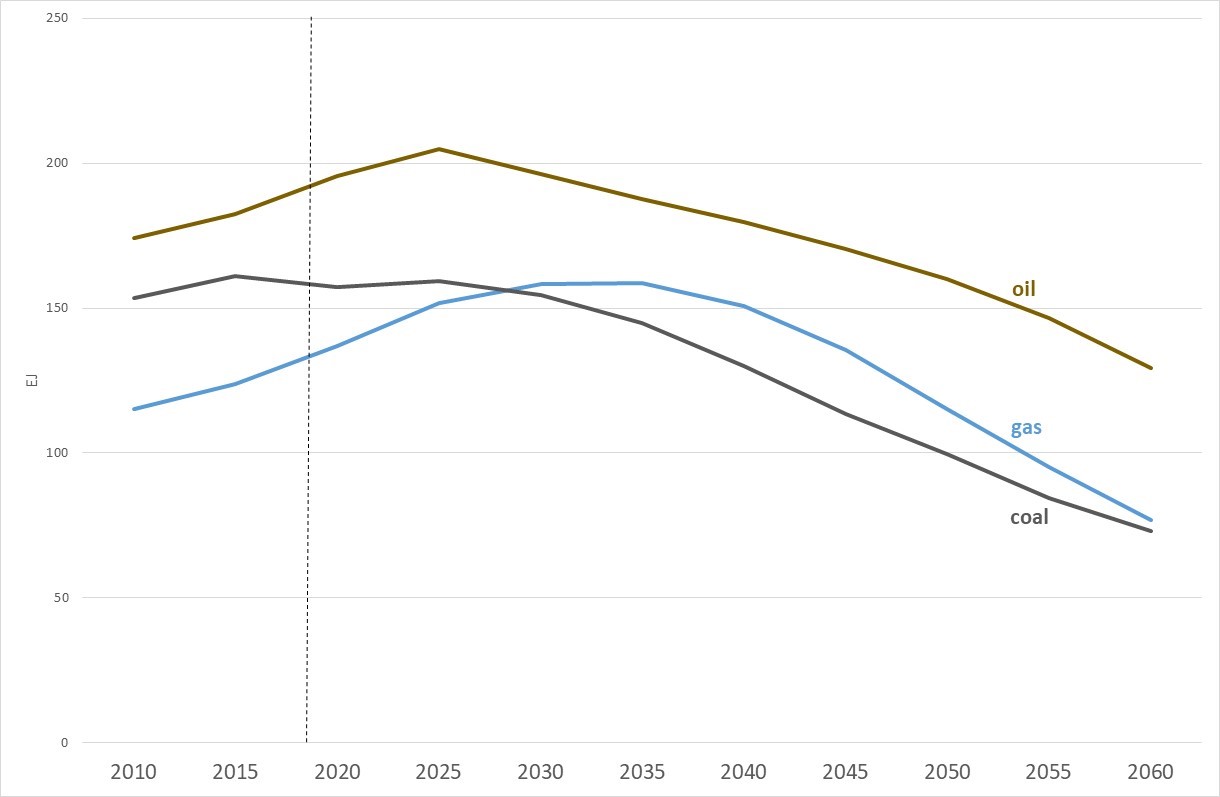 Not Aligned With Paris Goals

How can such a future be aligned with the Paris goals? The answer is that it’s not.

The Paris goals are to keep warming “well below” 2°C, and to pursue efforts to keep warming to 1.5°C. This reflects an updated scientific understanding that 2°C, the previous goal, should itself be considered dangerous. Even at 2°C, the risk of runaway climate change becomes significant.

A UNFCCC review in the months leading up to the Paris summit stated that 2°C should not be seen as a safe target, but should “be better seen as an upper limit, a defense line that needs to be stringently defended, while less warming would be preferable.”

Shell appears not to understand this. The “Sky” scenario aims for a 2-in-3 probability of keeping warming below 2°C, but this is only achieved if new technology is invented to suck carbon out of the atmosphere, as well as a dramatic turnaround in technology for capturing and burying carbon emissions.

In 2070, the Shell scenario has 8 billion tonnes of carbon dioxide sucked out of the atmosphere, which (if the technology works) could require a land area up to 1.5 times the size of India. Another 10 billion tonnes is captured when emitted. This combined 18 billion tonnes is equivalent to about half of today’s emissions.

Carbon-sucking technologies so far exist only in theoretical models. Carbon-capturing technologies have been tested in pilot projects, most of which have been unsuccessful, leading governments and companies who previously advocated for the technologies now to cancel projects and funding. In the words of Francesco Starace, the Enel CEO and chair of trade association Eurelectric, “I think [carbon capture and storage] has not been successful. It doesn’t work, let’s call it what it is – it is simply too expensive, too cumbersome, the technology didn’t fly.”

So, Shell proposes gambling on the invention of new technologies, in order to have a modest chance of avoiding the severe dangers at and above 2°C. That is not “stringent defense” of the 2°C limit. It is not “pursuing efforts” to keep warming to 1.5°C. It is not aligned with the Paris goals.

A major driver of Shell’s report was pressure from the company’s shareholders to explain the risks to their investments arising from efforts to cut emissions. The Task Force on Climate-Related Financial Disclosures, led by Michael Bloomberg, last year recommended that companies and investors should stress-test their portfolios against scenarios where the world acts on climate change.

Shell’s new report does not provide a stress test, because it describes a future with so much oil and gas that the company faces no stress.

It wasn’t always like this. In the 1970s and 1980s, the Shell Scenarios Team were among the best futurists in the world. They dared to consider “what if,” for possible futures that Shell managers didn’t want to think about. In the late 1960s, the team asked what if Middle East governments took a greater share of their oil wealth, pushing companies like Shell out of their heartlands (that happened in the 1970s). In the early 1980s, the team considered the possibility of a dramatic oil price crash, which most in the oil industry then thought impossible (it happened in 1985/86). But today, Shell seems only able to foresee possible futures that are favourable to its own business.

Shell’s new report argues that capital investment locks in oil production, preventing a faster pace of change: the climate scenario thus becomes one that does not strand assets. The report states, “From 2018 to around 2030, there is clear recognition that the potential for dramatic short-term change in the energy system is limited, given the installed base of capital.” Shell has previously argued that it has a proven reserves life of 11.5 years, so will only face significant financial losses if change happens faster than that. Investors may well feel frustrated at the Shell’s circular logic, and at the company’s inability to seriously engage on the question of risk.

But this also returns us to the question of Shell’s responsibility. If new investments lock in production and emissions, then every time Shell builds a new platform or pipeline, or drills a new well, the company is committing the world to increased climate change. This tacit admission may be useful in the growing number of climate lawsuits against Shell and other oil companies.

We’ve Seen This Before

This year marks the 20th anniversary of a Shell report entitled ‘Profits or Principles: does there have to be a choice?’ – claiming that Shell would be at the heart of transforming the energy industry. Shell built partnerships with some leading NGOs, invested heavily in a communications campaign, and started a small but much-publicised renewable energy division.

A few years later, Shell dropped both the PR campaign and the renewables, while the company continued to extract billions of barrels of oil. Twenty years on, the climate crisis is now urgent; we can’t afford to fall again for the pretence that Shell is part of the solution.

The lesson is simple: If you want to know how to fix climate change, don’t ask a company that wants to sell you more oil and gas.