Unprecedented and “never-before-seen” impacts of climate change are all around us. From Hurricanes’ Harvey and Irma to massive flooding in India, Bangladesh, and Nepal to forest fires burning through the west coast of North America – climate change is here and now, and it is catastrophic.

Fortunately, unprecedented and never-before-seen climate policy is also starting to take hold. While the devastating impacts of climate change demand a rapid response and emergency support, the true measure of political commitment is how far governments will go to stop digging us deeper into this hole. 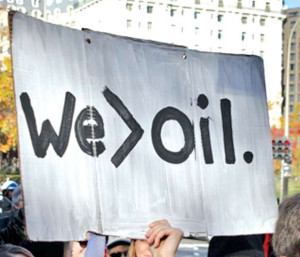 We know that we already have enough oil, coal, and gas in already producing fields to take us past 2 degrees C of global warming. It is only logical that we put an end to exploration for and expansion of fossil fuels we don’t want or need.

In the legislation, that will be debated in October, the French government is taking climate action to another level. They are recognizing that climate leadership in the 21st century is about more than reducing emissions, pricing carbon, and improving efficiency. It must also be about keeping fossil fuels that the climate cannot afford in the ground.

The legislation is not perfect, it does not include coal bed methane in its definition of unconventionals for example. The government should also take away existing licenses which have seen no investment.

But it does provide a new starting line for rich, northern countries that have the means to be first movers. And while France is not home to massive fossil fuel reserves, like other oil importers it faces political and economic pressures to reduce those imports by developing its own oil. So this move should not be underestimated in its precedent setting nature.

With the Paris Climate Agreement as a defining moment for the world, the French government is wise to keep its name synonymous with policies that take us in the right direction.

This is the cutting edge of climate action, and with governments the world over being confronted with incredible people power, relentless climate impacts, and defining science, it shouldn’t be long before more join the enlightened list of countries that understand where we must go.