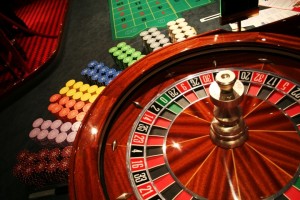 Imagine you went on a weekend gambling tip to Las Vegas and played roulette, and that you carried on betting on black and yet every time the ball ended up landing on red.

As your losses mounted up, eventually someone would tell you to stop. And when your losses started getting into the thousands, then millions and then billions, people would start to question your sanity.

Well someone should tell those financing the oil industry that essentially they are betting on black gold, when they should be betting on renewables.

The Financial Times this morning starts a series of articles examining the effect of the oil price plunge on the industry, its financial backers and the wider economy. And the numbers are eye-wateringly bad.

Here are eight facts plucked from their analysis:

In contrast, the paper writes that “while investment has slumped in the oil industry, in renewable energy it has hit record highs.”

However, the toxic spiral of oil debt is now beginning to effect the renewables industry too, although not nearly to the same extent.

The New York Times reported last week how a giant of the Spanish renewables energy industry, Abengoa, which has built plants in Arizona and California, and supplies electricity to over 160,000 homes, was now “scrambling to avoid what would be the largest bankruptcy in Spanish corporate history.”

The International Business Times notes that Abengoa’s difficulties are “a testament to the difficulties of alternative energy companies remaining viable, particularly in the face of plummeting oil prices and vanishing government incentives.”

One way to stop this spiral would be simple: to stop investing in fossil fuels. If the oil price remains low – and all the indications are that it will – the oil debt bubble could burst, bringing down not only many oil companies, but several banks as well.

And that would not only lead to chaos in the energy markets, but financial markets too. Surely its time to walk away from the toxic casino of our oil addiction.