This blog was co-written with Anthony Swift 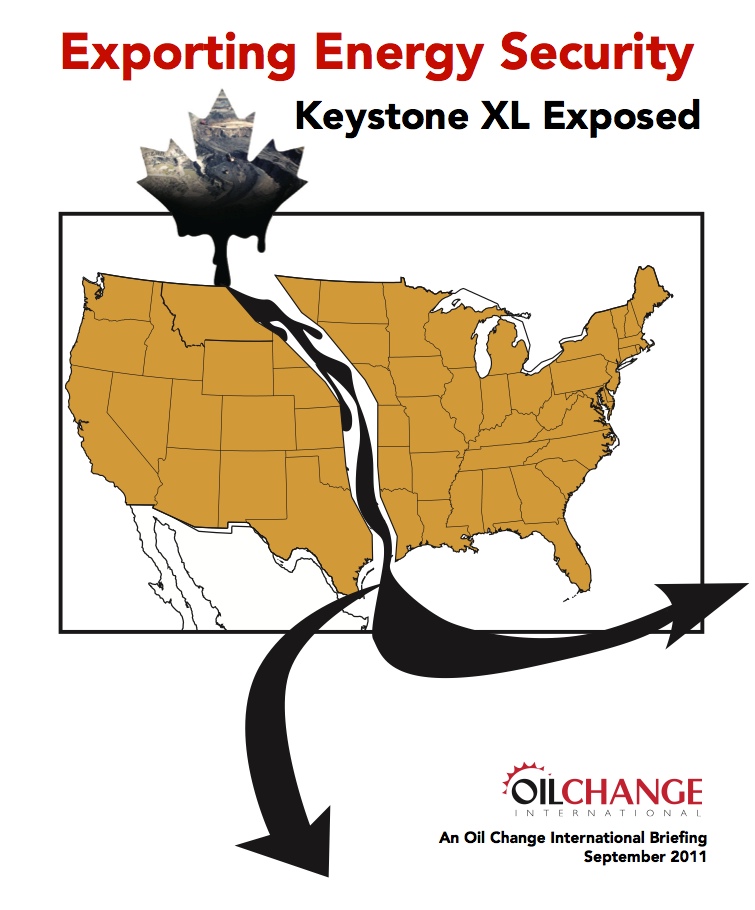 The President recently took on claims that the Keystone XL tar sands pipeline would help American consumers, noting that the carbon-intensive project is designed primarily as a route for tar sands to reach the international market.

Unfortunately the Washington Post Fact Checker, relying on a variety of outdated and in some cases demonstrably inaccurate information, took exception to the President’s comments.  The President is right as we will show. The Keystone XL tar sands pipeline is an export pipeline through the United States, designed to increase the tar sands industry’s access to the international market.

“I won’t hide my opinion about this, which is that one major determinant of whether we should approve a pipeline shipping Canadian oil to world markets, not to the United States, is does it contribute to the greenhouse gases that are causing climate change?”

FACT: Gulf Coast refineries do not need Keystone XL. The Fact Checker quotes an outdated Washington Post report from two years ago that argued that “the refineries in the Gulf Coast are eagerly waiting crude for the Canadian, since there isn’t enough oil in the area anymore to feed the refineries.”

This is simply no longer the case. When Keystone XL was proposed in 2008, Texas’s Gulf Coast refineries were operating at 81% of their total capacity – a level that was generally on par with the national average. Gulf Coast refineries have gotten far busier since then as a flood of light oil from Texas and North Dakota has flooded the markets. In recent months, these refineries have operated at 95% capacity or higher. This is a level of utilization that is hard to sustain, given routine maintenance and outages, but clearly shows that these refineries do not lack for supplies.

When it comes to “The Facts” about the Gulf Coast oil market, it has been widely recognized for some time that the Gulf Coast refiners are no longer in the position described by the Washington Post Fact Checker of being concerned about getting enough crude to fill their refineries. They will certainly buy Canadian crude if it can be delivered by pipeline but they are no longer under pressure to secure Canadian crude. This is reflected in the declining price of crude on the Gulf Coast compared to international markets and is a major reason why some Canadian producers are positioning to export their tar sands crude to international markets where prices may be higher.

In fact, Canadian tar sands are likely to comprise a disproportionate share of the Gulf Coast’s crude exports. While only small volumes of Canadian tar sands are making it to the Gulf Coast now, the tar sands industry is already exporting increasing volumes of it to Europe and Asia. Tidal Energy Marketing, a subsidiary of the tar sands shipping company Enbridge, has received and used a license to re-export Canadian crude from the Gulf Coast. Platts reports that between 500,000 to 600,000 barrels of raw tar sands was loaded onto tankers from Freeport, Texas to go to refineries in Spain.  According to the Globe and Mail, over 1.2 million barrels of raw tar sands were shipped from ports in Houston, Galveston and New Orleans to Spain, Italy, Singapore and Switzerland in July and August alone. In October, the tar sands producer MEG Energy applied for its own export license to begin re-exporting unrefined tar sands from the Gulf Coast.

As Martin King, an analyst with FirstEnergy Capital in Calgary observed about growing volumes of raw tar sands exports from the Gulf Coast:

“This is a viable opportunity for Canadian barrels to get out into the wider world. It’s another source of revenue other than big brother United States.” Martin King, FirstEnergy Capital analyst, April 2014

According to the U.S. Energy Information Administration, refineries in PADD 3 (called the Gulf Coast refineries district) produced 6.8 million bpd of refined product in August – the latest month data is available. However, some of these refineries are located in West Texas, New Mexico, Northern Louisiana and Arkansas, places too far inland to have access to the water for loading tankers. Coastal refineries in Texas and Louisiana produced about 6 million bpd of refined product, of which they exported 3.1 million bpd last month – over half of their production. Incidentally, the State Department environmental review which the Fact Checker relies on elsewhere, also found that the majority of refined product in Gulf Coast refineries was exported internationally. (State Department DSEIS, March 2013, pg. 1.4-15).

FACT: Gulf Coast refineries that would receive tar sands oil from Keystone XL are likely to export even higher quantities of their product internationally. Keystone XL will deliver crude primarily to refineries in Port Arthur and east Houston, Texas as well as those in Lake Charles, Louisiana. These refineries all have good access to the water and are known to be leading export refineries. As examples:

Data from the Gulf Coast today show that some of the tar sands from Keystone XL will be exported internationally before it sees a U.S. refinery. Meanwhile, coastal refineries in the Gulf already export a little over half of their refined product – and based on industry statements, refineries interested in heavy tar sands from Keystone XL are very likely to be exporting an even larger share of their product.

The Keystone XL tar sands pipeline is primarily about providing an avenue for tar sands crude to reach the international refinery and refined product markets. It will increase global carbon emissions and put America’s communities, lands and waters at risk of spills. This is a proposition that Canadians facing proposed tar sands pipelines through their own provinces are rejecting.

The President has every reason to reject Keystone XL.