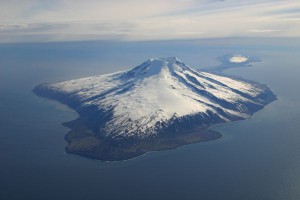 At the end of last month, Reuters reported how the Arctic, seen as the last great frontier for oil and gas exploration, was quickly losing its appeal for oil companies.

The financial and reputational risks were just too great. Many oil barons have watched aghast at Shell’s comedy of errors in the cold Alaskan waters.

Shell’s public humiliation was compounded at the end of last year when its drillship ran aground off Alaska. Shell beat a hasty retreat and watched its reputation shredded in the newspapers. The fact it had little to show for spending a whopping $5 billion did not help. Shell may be back in 2014 or it may not be. No one knows.

By now it was not just environmentalists but financial analysts saying the Arctic should be left alone.  Nor was Shell alone in blowing vast amounts of money on an Arctic gamble. Cairn Energy blew $1.2 billion drilling off Greenland and Gazprom abandoned its huge Shtokman natural gas project due to escalating costs. Other oil companies took notice and ran.

“The interest to develop oil and gas is very high, but nevertheless there is more and more concern about the environment and the risk part of it,” said Harald Norvik, a board member at ConocoPhillips and a former CEO of Statoil, a company with a long history in the region.

But we know that reputational issues have never bothered the Chinese. Just as western oil companies, for example, developed a conscience over their operations in Africa, and  promised transparency and sustainability, the Chinese started pouring money into the continent promising neither.

So it probably should come as no surprise that, just as other companies withdraw from the Arctic, the Chinese state oil company, CNOOC has become the first Chinese oil company to invest in Arctic oil. The move comes after China secured a position to become a permanent observer at the Arctic Council.

It has formed a partnership with Eykon Energy, a fledgling Icelandic company, to bid for an exploration licence off the northeast coast of the country. The Icelanders say they are seeing a boom in investment, not a withdrawal. “There is an influx of international capital and companies to the Arctic looking for opportunities”, Heidar Mar Gudjonsson, chairman of Eykon told the Financial Times. “It’s not just oil and gas; there are minerals, there are potential new shipping routes.”

CNOOC’s participation in the project marks the first entry of a major oil company into Iceland’s burgeoning oil sector, with it taking a 80 per cent stake and Eykon a 20 per cent stake in the Dreki Area, which is located near the remote, but beautiful Jan Mayan island, which is a protected nature reserve.

Whether the Chinese strike oil in commercial quantities remains to be seen, but what is sure is that if there was a major spill in such a remote fragile location, it would be extremely difficult, if not impossible, to clean up. And will executives from CNOOC be phoning up their counterparts at Shell to ask for advice?