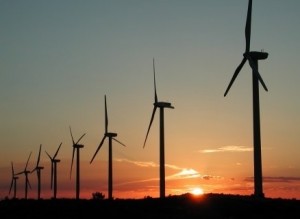 For months now, the public relations industry watchdog, PR Watch has been running a highly successful campaign against ALEC, the American Legislative Exchange Council, the secretive but powerful organisation that changes regulations in the US on behalf of its corporate backers.

ALEC has been labelled a “stealth lobby group”, with close ties to the fossil fuel industry.

For years, ALEC operated below the radar, but now, thanks to PR Watch and others who track its activities such as Common Cause, its dirty dealings are slowly being exposed.

PR Watch’s campaign has been largely successful – so far, 41 companies, including Wal-Mart, Coca-Cola, Kraft, Amazon, General Motors and others have decided to listen to their customers and stop funding ALEC.

But now there is another reason to say no to ALEC. It is teaming up with our old-friends, the climate denial-machine, the Heartland Institute to write laws that repeal state-level renewable energy targets.

ALEC says its plans to repeal state renewable policies is a “high priority,” having officially started its campaign last month. The legislation ALEC is encouraging members to introduce is called the Electricity Freedom Act, which argues that wind and solar are expensive and unreliable.

Under this Act, ALEC is arguing that “a renewable energy mandate is essentially a tax on consumers of electricity that forces the use of renewable energy sources beyond what would be called for by real market forces and under conditions of real competition in generation resources…”

Todd Wynn, the director of ALEC’s Energy, Environment and Agriculture Task Force, argues that “simply put, these policies force citizens, businesses, and industry within a state to purchase renewable energy whether or not they value or can afford it.”

Wynn’s argument is that “ALEC’s principled stance opposing energy mandates will undoubtedly draw fire from renewable energy companies and the usual ALEC opponents. But to be crystal clear, ALEC is not against renewable energy in any form.”

According to ThinkProgress both Heartland and ALEC are basing their anti-renewables campaign on economic research from the Beacon Hill Institute, a free-market think tank that has received money from Koch-backed groups.

Furthermore, according to Richard Caperton, a renewable energy finance expert at the Center for American Progress, some of these studies are apparently based on flawed assumptions:

“The Beacon Hill studies arbitrarily choose high-end estimates for the future price of renewables, they wrongly claim there are no environmental benefits to using renewable energy, they ignore the fact that most state targets have price caps built into them, and they ignore the data we already have showing that there is no evidence that state renewable energy targets drive up rates for consumers,” he told Climate Progress.

Others, though, believe people should be worried. ALEC “can be devastatingly effective,” argues Doug Klopp, deputy program director for Common Cause, a nonprofit group that tracks ALEC’s influence. “Their ability to take this bill and actually drive it into dozens of state legislatures is considerable.”.

ALEC’s proposal is, he argues, “out to do one thing, and that’s to maximize the profits of fossil fuel industry and eliminate renewables from competition. I don’t see where the freedom is in that.”