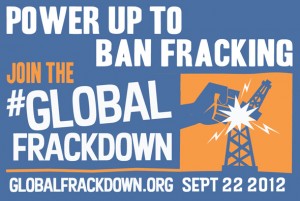 Fracking may be causing protests from America to Europe, but in South Africa, the latest country to lift a ban on the activity, many of the locals don’t even know what the practice entails.

Earlier this month, South Africa lifted a 2011 ban on shale gas exploration and fracking in its semi-arid ecologically-sensitive Karoo region, known for its rugged, rural beauty.

But the country has buckled to industry lobbying led by oil giant Shell and overturned the moratorium.  The lifting of the drilling ban is expected to result in a scramble by the oil majors for reserves seen as the fifth largest in the world.

The government has also announced that it would “hold a series of public consultation with interested and affected stakeholders to provide further details.”

It also needs to inform people what fracking actually is.

Despite the media coverage of the lifting of the moratorium, in a recent poll in South Africa almost 2 in 3 (62 per cent) said they had not heard of the technique before.

Of those who claimed they had heard of fracking, only 25 per cent thought it referred to a method of extracting natural gas.

Some 34 per cent thought it was a way to protect against sunburn.

And a further 26 per cent believed it was a type of sexual activity.

However, when people were explained what fracking actually was, some 84 per cent of the respondents were against it.

Shirley Wakefield of Pondering Panda, the company that undertook the poll said: “Both Government and business need to do more to educate the public about fracking – both its economic benefits and potential environmental dangers.”

Meanwhile, local campaigners have vowed to fight the decision to allow fracking. Jonathan Deal of the Treasure the Karoo Action Group (TKAG) has said that: “Essentially what it means is that our government has sent a signal to the international community that it has made in our view a hasty and ill-informed decision about a vastly unpopular technology,”

TKAG, which only formed a year and a half ago, has been trying to counter the false propaganda of Shell, the largest fracking proponent in the country.

It has referred Shell to the Advertising Standards Authority of South Africa, which found the oil giant guilty of four counts of false advertising. The Authority also ordered Shell remove newspaper adverts claiming that fracking had never caused water contamination.

TKAG is also launching a legal action against the decision.

It is also joining the upcoming Global Frackdown protest this Saturday on September 22 — an international day of action and protest calling for a worldwide ban on fracking – which is being organized by over 150 organizations from North America to Europe and now Africa.

In South Africa, protesters will converge on the parliament in Cape Town to call for a permanent ban on fracking and for a renewable, sustainable energy future.