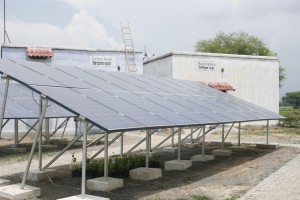 For the past year, the World Bank has been reviewing its strategy for energy lending.  Responding to years of critiques and complaints from communities, activists, the Bank has taken a year to confirm what development advocates have been saying for quite a while: ensuring energy access for the poor is a critical step in alleviating poverty.

The World Bank claims it focuses on the achievement of the Millennium Development Goals, eight anti-poverty goals agreed on by the United Nations to help the world’s poorest people.  Just last month, India’s environment minister Jairam Ramesh, called for universal energy access for the poor, saying that, “the question of energy access is at the heart of every discussion on sustainability, especially for developing countries…”

Ramesh and the Bank are right – increased access to energy for the world’s poorest – the 20 percent of the global population without access to electricity and the 40 percent without access to modern fuels – would help achieve every single one of the Millennium Development Goals. The right energy mix can provide increased access to lighting and basic utilities, water pumping, improved cooking fuels, and cleaner fuels for heating  – all of which would support health, education, gender equality and other development goals.   And the best news is that more often than not, clean, renewable energy is actually the most cost effective way to deliver this energy.

So, if the World Bank and the Indian government agree, then it should all be settled, right?  Wrong, unfortunately.  The problem is that the fossil fuel industry is using it’s influence to sell itself as pro-poor, and unfortunately, it’s working.

In 2010, the World Bank Group financed $13 billion in the energy sector.  In fact, more than 90% of this lending misses the mark of energy access for the poor

A new report, Access to Energy for the Poor: The Clean Energy Option, by Oil Change International, Action Aid International, and Vasudha Foundation (India), finds that only 9 percent of Bank energy sector lending actually went to support basic needs or productive uses in communities that lacked access to energy. Many of the energy projects had no clear targets for the energy produced, while other projects went expressly to energy projects for industrial uses (often for export), or to add power to existing grid systems without the specific purpose of increasing access.

In short, this isn’t energy for the poor, it’s energy for profit and pollution.

World Bank representatives have justified continued funding fossil fuel projects by saying that they are necessary to provide energy access, but the large majority of the World Bank projects identified as energy access by the new report are in fact renewable energy and energy efficiency projects – not large fossil fuel power plants. The International Energy Agency suggests that to achieve universal energy access for the world’s poorest, 70 percent of the additional energy would come from decentralized energy systems, which are often fueled by renewable power.

Like the coal industry, the many in the World Bank seem to believe reflexively that coal is the cheapest and best way to provide energy for the poor.  In fact, as this new report shows, just the opposite is true.

If India and the rest of the developing world are committed to achieving universal energy access, more pressure will be needed on lending institutions to support the sorts of projects – like decentralized renewable energy – that truly provide energy access for the poor, and, happily, a clean energy future.

By Elizabeth Bast and Steve Kretzmann.