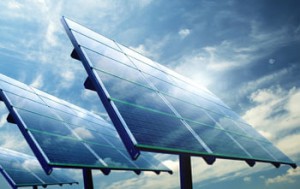 In the aftermath of the Fukushima nuclear disaster in Japan many commentators, including some leading environmentalists argued that despite the inherent risks of nuclear power, it was still a necessary evil in the battle about climate change.

They joined other pro-nuclear voices that have been growing steadily over the last few years in arguing that when push comes to shove, renewables just would not make the grade in the fight against climate change.

But a new ground-breaking and authoritative report from the world’s leading experts – the Intergovernmental Panel on Climate Change, has predicted that nearly 80 per cent of the world’s energy supply could be met by renewables by 2050,  if the political and economic will is there.

It has taken 120 researchers nearly 3 years to compile the report.

The report concluded that if pro-renewable policies were implemented it could represent a cut of around a third in greenhouse gas emissions compared to a business-as-usual scenario, which could in turn assist in keeping concentrations of greenhouse gases at 450 parts per million.

This could in turn contribute towards a goal of holding the increase in global temperature below 2 degrees Celsius, a key policy aim of the UN.

What makes the report even more important is that it has been approved by all the member countries of the IPCC at their meeting in Abu Dhabi.

The potential is huge: Direct solar, for example, contributes only a fraction of one percent to total global energy supply, yet it could become “one of the major sources of energy supply” producing a third of electricity. Wind Energy could increase from 2 to 20 per cent.

Interestingly the scientists excluded nuclear from its definition of renewable energy, which is enough to outrage even the calmest nuclear spin doctor.

But at the end of the day, it is not so much as the technological challenge, but the political one that could be the biggest hurdle.

Ramon Pichs, another co-chair, said the report, said: “The report shows it is not the availability of the resource, but the public policies that will either expand or constrain renewable energy development over coming decades,” he said

And then there is the cost: The bill for this clean revolution will not come cheap. The UN expects it could be as much as $15,000bn – more than the entire US government debt.

But although that seems a large number, investing in renewables to the extent needed would cost only about 1% of global GDP annually, argued Rajendra Pachauri, chairman of the IPCC.

So what better way to send a political and financial message than for the US to start scrapping lucrative subsidies to the oil industry as soon as possible, and putting the money instead into clean energy.