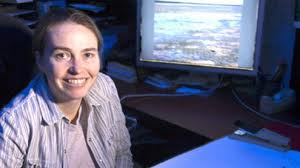 BP’s AGM tomorrow is set to be a tumultuous affair with the oil giant having to absorb criticism over the legacy of the it’s catastrophic oil spill in the Gulf of Mexico, its investment in the dirty Canadian tar sands and its dodgy deal with the Russian Rosneft to drill in the Arctic.

Throw in the always toxic debate over exuberant executive pay and you are going to have one stormy meeting.

The AGM comes just days before the Anniversary of the Deepwater disaster in the Gulf of Mexico.  BP has been gearing up for the event by splashing the cash on a series of glossy adverts in key British newspapers and influential magazines such as the New Scientist, Newsweek and The Economist.

The full page ad, created by press agency Oglivy, runs under the banner headline “One Year Later – Our Commitment Continues.”

Pick up a copy of today’s Financial Times and the full page advert is there. It says that “this was a tragedy that should not have happened” and that “BP’s commitment to the Gulf remains “unchanged”.

You had better not show the advert to Nick Collins and his father Wilbert, whose oyster business used to support three generations of the Collinds family, but closed last Christmas as the local oyster fishery has collapsed. The family are still trying to get compensation from BP.

They join the 130,000 other fisherman, businesses and resident who are still trying to push their compensation claims through a clogged system.

There is real anger out there still. “They could give me $500 million and it wouldn’t be enough,” argues Dean Blanchard, who used to handle as much as 500,000 pounds (226,800 kilograms) of shrimp a day at his Grand Isle, Louisiana dock.  “It’s not the money, it’s your life’s work. It’s what I love, it’s what I did my whole life and they just came along and blindsided me.”

The glossy picture in BP’s advert hides the damage on the ocean floor. The Guardian newspaper today carries an interview with Samantha Joye (pictured), the scientist who has been examining the impact of the Deepwater disaster on the ocean floor.

This blog has covered various aspects of Joye’s work since the disaster, especially her documentation of the devastation of the ocean floor and her challenge to the Obama Administration that most of the oil had disappeared.

“You talk to people who live around the Gulf of Mexico, who live on the coast, who have family members who work on oil rigs” Joye tells the paper. “It’s not OK down there. The system is not fine. Things are not normal. There are a lot of very strange things going on – the turtles washing up on beaches, dolphins washing up on beaches, the crabs. It is just bizarre. How can that just be random consequence?”

She adds “To me it makes no sense to think that it is random consequence, but it is kind of maddening because there has been a lot of energy and effort put towards beating the drum of everything is wonderful, everything is going to be fine by 2012.”

Even the US government now admits that there is  “no basis to conclude that the Gulf recovery will be complete by 2012”, and warns that some of the consequences of the spill may not be known for decades.

As for Joye, she argues that “I think it is not beyond the imagination that 50% of the oil is still floating around out there.”

Funny that, BP did not mention the 50% figure in its adverts. Someone should ask the company tomorrow what are they going to do about it?