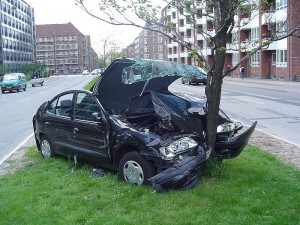 It’s the last day at the Goundhog talks in Cancun and its going to be a late-nighter, that’s for sure.

But whether anything meaningful comes from the Summit remains to be seen.

This year’s summit was all about just keeping the talks on the road, not about radical deals, but even that limited goal seems to be in jeopardy.

Christiana Figueres, the UN diplomat leading the discussions has said countries were so far apart that a solution wasn’t on the agenda for this meeting.

China, India, Brazil and South Africa have been pressed industrialized nations to agree to new restrictions on fossil fuel emissions after the current ones in the Kyoto Protocol expire in 2012.

The crisis over Kyoto erupted at the start of the talks when Japan said it was not prepared to sign on to a second phase of the agreement without commitments on reducing emissions from emerging economies such as India and China.

Japan, Canada and Russia have also refused to sign because the world’s two biggest emitters, the U.S. and China, are not part of it.

Japan’s position, particularly, is now seen as the single biggest barrier to reaching a deal.

The US is also being singled out for criticism for not budging on key issues.

“In a whole number of issue areas the U.S. is holding back, creating obstacles and creating a lot of friction,” says David Waskow, climate change program director for Oxfam America. “Right now the U.S. has put the brakes on a few places.” says Lou Leonard, the managing director of climate change for the World Wildlife Fund

This means that even the limited ambition of keeping the show on the road until a deal could be brokered in South  Africa is likely not to be achieved.

Such is the division between the two sides, that the risk becoming a ‘car crash’, argues British energy and environment secretary Chris Huhne.

“The worrying scenario would be that this process becomes a zombie conference, and people will say next year we’re not going to send a minister, we’ll send a civil servant,” adds Huhne.

Already the voices of dissent are getting louder: Bolivian President Evo Morales, called “trying to find a middle road, “an attempt to lie to the people.”

“I’m really disappointed, because we’re toying around the edges,” Bharrat Jagdeo, president of Guyana, said. “Positions are watered down. The greenhouse gases are being pumped into the atmosphere.”

Brazil’s climate-change ambassador, Sergio Serra, has described the negotiations as “on life support” and the goals for this conference so modest that “we are just trying to keep things honorably alive.”

Zombies, car-crashes, life-supports, barely alive. These are not the words that should being used to describe the UN climate talks..

The omens do not look good.