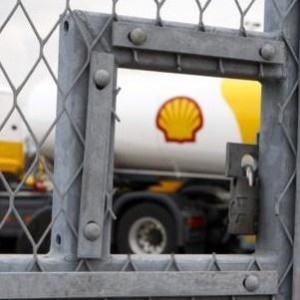 Oh it’s so good to be back. After a 35 year absence Shell has become the first western oil company to land a major deal with the government in Baghdad since the invasion of the country five years ago. They will be smiling in the Hague and London.

Shell has been awarded a $4bn contract in the south of the country to supply gas for Iraqi domestic use but also for export. Shell’s project is intended to make use of the gas flared off by the oil industry in the south of Iraq. In that region alone, an estimated 700m cubic feet of gas is burned off every day – enough to meet the demand for power generation in the entire country.

“Europe is looking for supplies of gas from Iraq,” Assem Jihad, the oil ministry spokesman said. “Security used to be a deterrent but now companies feel that security has improved and this will encourage others to come in.”

Shell is taking 49 per cent and the oil ministry 51 per cent of the new Joint Venture. It will be the first time Shell has operated in Iraq since 1973 when its share in the Basra Petroleum Company, or BPC, was seized by the Iraqi government. All foreign operations were nationalized in 1975, two years later.

After the recent spat between Russia and Georgia, the thought of alternative supplies of gas for Europe will be a source of comfort to many European political leaders. But the news will add to the voices that say that this was the real reason for the war.