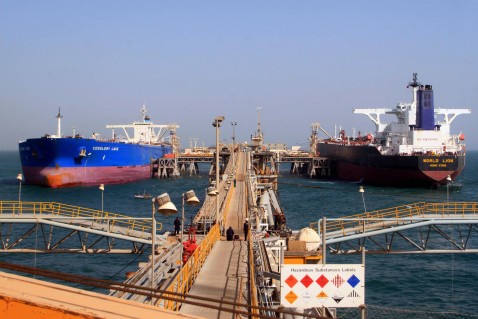 WASHINGTON, July 17 (UPI) — More than 100 Iraqi oil, economic and legal experts sent a letter to Iraq’s Parliament urging it to consider their critique of the draft oil law.

A senior Iraqi government official was also given a copy and agreed with the technocrats’ assessment.

“With our conviction for the need of a law to organize the upstream sector and its development, and due to its extreme importance, we emphasize the importance of acting steadily,” the letter states, “and not rushing its issuance before enriching it with more discussions and carry out amendments that ensure the interest of all the Iraqi people.”

The letter calls for a strong central government arm in maintaining and developing Iraq’s vast oil and gas sector, though with the “participation of the regions and the governorates in the operations of planning, implementation and management within a comprehensive vision that ensures the maximum benefits for the whole people of Iraq.”

The oil law has been in negotiations since last summer. The Kurds claim the rights to strong regional control over their share of Iraq’s 115 billion barrels of proven while others want a varied amount of central control. Also at issue is how the sector may be opened up to foreign, private investment.

Iraq produces 2 million barrels per day, of which more than 75 percent are sent to the global market.

The letter, signed by 108 experts, calls for the oil law to be put on hold until ongoing constitutional wrangling is completed. “There are ongoing discussions aiming to amend the Iraqi constitution, including the items relating to oil and gas,” it states. “Hence we do not see, from the legal and technical point of view, the necessity to enact the law presented to you now before the constitutional amendments are finalized.”

The senior Iraqi official, speaking on condition of anonymity, called for a thorough examination of the law, especially as the U.S. benchmarks requiring the law’s passage by September loom large.