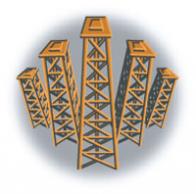 Amazingly, no one knows with any reasonable degree of certainty how much oil is left in the world. We rely on Exxon and the Saudis to tell us how much Exxon and the Saudis have. Talk about the foxes guarding the henhouse. Twenty years ago, this seemed unimportant, as everyone agreed there was more oil than the world needed at that time. But today, the world is approaching what geologists call “peak oil”, the point at which daily demand will exceed supply. When this happens – say hello to $100 barrel oil – and up.

A sharply increasing number of mainstream geologists, energy investors, and corporations think this could happen soon, in the next few years. Former oil industry employee Jeremy Leggett predicts peak oil around 2013. With recent discussion of peak oil by 2020 at the International Energy Forum – the world’s largest gathering of energy ministers, peak oil concerns are bound to play a major role in shaping energy decisions in the near future. Because it will be such an important driver, its critical that environmentalists engage in this debate and find ways to frame it that guide us towards a clean energy future, and away from options like clean coal and nuclear.

Not knowing the amount of such an important commodity in the global commons is unacceptable. There should be independent, international verification of reserves estimates made by countries and companies.

Finally, a little edgy humor from a peak oil site we like:

The Five Stages of Peak Oil