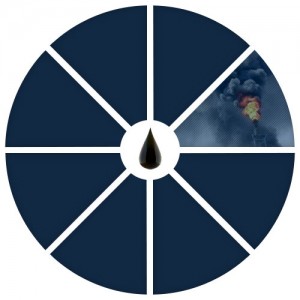 Every link in the chain of oil production, from exploration through consumption, generates profound damage to the local environment and communities. As the industry moves towards increasingly risky forms of fossil fuel production, the impacts become more pronounced.

Oil refining creates further chemical, thermal and noise pollution and affects the health and safety of refinery workers and nearby communities and ecosystems. Gasoline and many of its additives are toxic and are associated with some types of cancer, with oil industry employees and those living near refineries, transfer and storage facilities at greater risk.

Communities are fighting back against tar sands – from the First Nations communities in Canada located near the tar sands production to the communities along the proposed pipeline routes that would transport the tar sands oil to refineries and export terminals. The fight against the Keystone XL pipeline in particular has demonstrated how much opposition there is to this form of extreme oil.

Impacts from Fracking for Gas

The rapid expansion of fracking (hydraulic fracturing) – the process of injecting high-pressure water, sand and chemicals deep underground to extract natural gas or oil – is another form of extreme oil with significant local pollution and environmental impacts. The toxic fracking fluid is often left in the ground, where it can pollute groundwater supplies. In addition to cancer-causing chemicals polluting groundwater, air quality has also been found to be compromised near drilling sites.

Amazingly, the industry has been successful in lobbying Congress to exempt them from seven major Federal environmental laws.

Communities in key areas of the United States are beginning to stand up to the fracking industry, including in New York, Ohio, Pennsylvania, and Texas.

Accidents at drilling sites can also be responsible for severe local impacts. These impacts can be heightened with new technologies such as ultra-deepwater drilling. The Deepwater Horizon accident in 2010 shows the dramatic impacts of drilling accidents.

The oil and gas industry spills hazardous and toxic substances into the environment every day. But we often only hear about the mega-spills such as Deepwater Horizon.

Our friends at SkyTruth have produced a Live Update Google Map that tracks current environmental incidents, including oil and gas accidents, in the United States. These include ongoing leaks in the Gulf Of Mexico, leaks from refineries and storage tanks, and literally hundreds of pipeline, rig, tanker and truck incidents that happen every day.

Zoom in on the map to see who’s spilling what and where.

Impacts from Oil in the Amazon

Oil exploration in the Amazon has meant significant biodiversity loss from the clearing of forest for seismic lines and the detonation of dynamite. Exploration and other impacts related to oil production have significantly harmed the Amazon rainforest and cloudforest.

At the extraction phase of oil production, waters and drilling muds are contaminated with heavy-metals, acids and known carcinogens. In areas lacking strong environmental regulations and enforcement, these wastes have been dumped into fresh waterways or placed in open pits, often only thinly lined with vinyl. These pits can sit for dozens of years, leaching toxins into the soil.

In the Ecuadorian Amazon, Texaco – which merged with Chevron in 2001 – spilled 16.8 million gallons of crude oil, dumped more than 18 billion gallons of known carcinogens and toxic wastes onto the land and into rivers and streams, and left hazardous waste in hundreds of open pits over a 30-year period ending in 1992. Indigenous communities fought back – they filed a lawsuit in 1993 in New York, and again in 2003 in Ecuador, after a U.S. judge granted Texaco’s request that the case be heard in their home country. In 2011 and 2012, Ecuadorian plaintiffs won successive rulings in their case against Chevron, which is required to pay $19 billion to clean up contamination and provide health care and potable water to area residents.

Impacts from Oil in the Niger Delta

The environmental impacts of oil in the Niger Delta are wide-ranging and severe. Oil spills are pervasive, contaminating soil and groundwater. Gas flaring at the point of extraction is still common in Nigeria, despite laws against the practice, and this flaring causes air pollution from additives and products to oil combustion, and from chemical and particulate matter released in the air.

A 2011 United Nations Environment Programme study estimates that in Ogoniland, one of the areas most heavily affected by oil production, the “countering and cleaning up the pollution and catalyzing a sustainable recovery of Ogoniland could take 25 to 30 years.”

Communities have fought back against this oil pollution, through protest, which at times has met brutal repression, and through lawsuits. Several lawsuits specifically on gas flaring succeeded in obtaining a court order against flaring, however, Shell and other oil producers continue the practice.