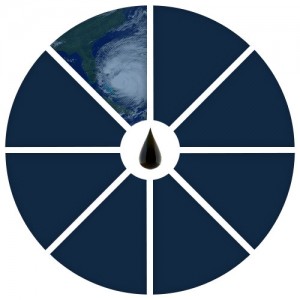 Burning of fossil fuels – oil, coal and gas – is driving one of the biggest challenges facing the world today: climate change. Extreme weather events, rising oceans, and record setting temperatures are wreaking havoc on hundreds of millions of lives and livelihoods around the world. Greenhouse gas emissions, primarily from the burning of fossil fuels, have already warmed the globe by more than 1°C since the beginning of the industrial revolution. Unless we can rein in these emissions and ambitiously transition to a just, clean, and renewable energy future – the planet will become unrecognizable as global temperatures soar by 4, 5, or 6 °C and beyond.

The vast majority of the historical global emissions that are driving climate change have come from developed countries, like the United States, the EU, Japan, and Canada; but it is the poorest countries – those who can least afford to adapt to a changing climate – that are suffering first and worst. The recent global climate agreement in Paris was a major step in recognizing the global urgency of the crisis, but it will take serious action from national and subnational governments to meet new goals that aspire to limit global warming to 1.5°C. The deal also fell short on critical dimensions of equity, climate financing, and efforts to support the most vulnerable when even adaptation becomes impossible.

In order to avoid the worst of dangerous climate change, we must keep carbon in the ground. According to the best available science, to have a decent shot at limiting global warming to even 2°C, 80% of the fossil fuels we already have access to must stay in the ground. This number will be even more dramatic for the 1.5 °C limit that countries, including the U.S., have committed to. This effectively means no major new fossil fuel projects, and phasing out existing fossil fuel production and consumption by the middle of the century, replacing them with a safe, clean, just, and renewable economy that is 100% decarbonized.