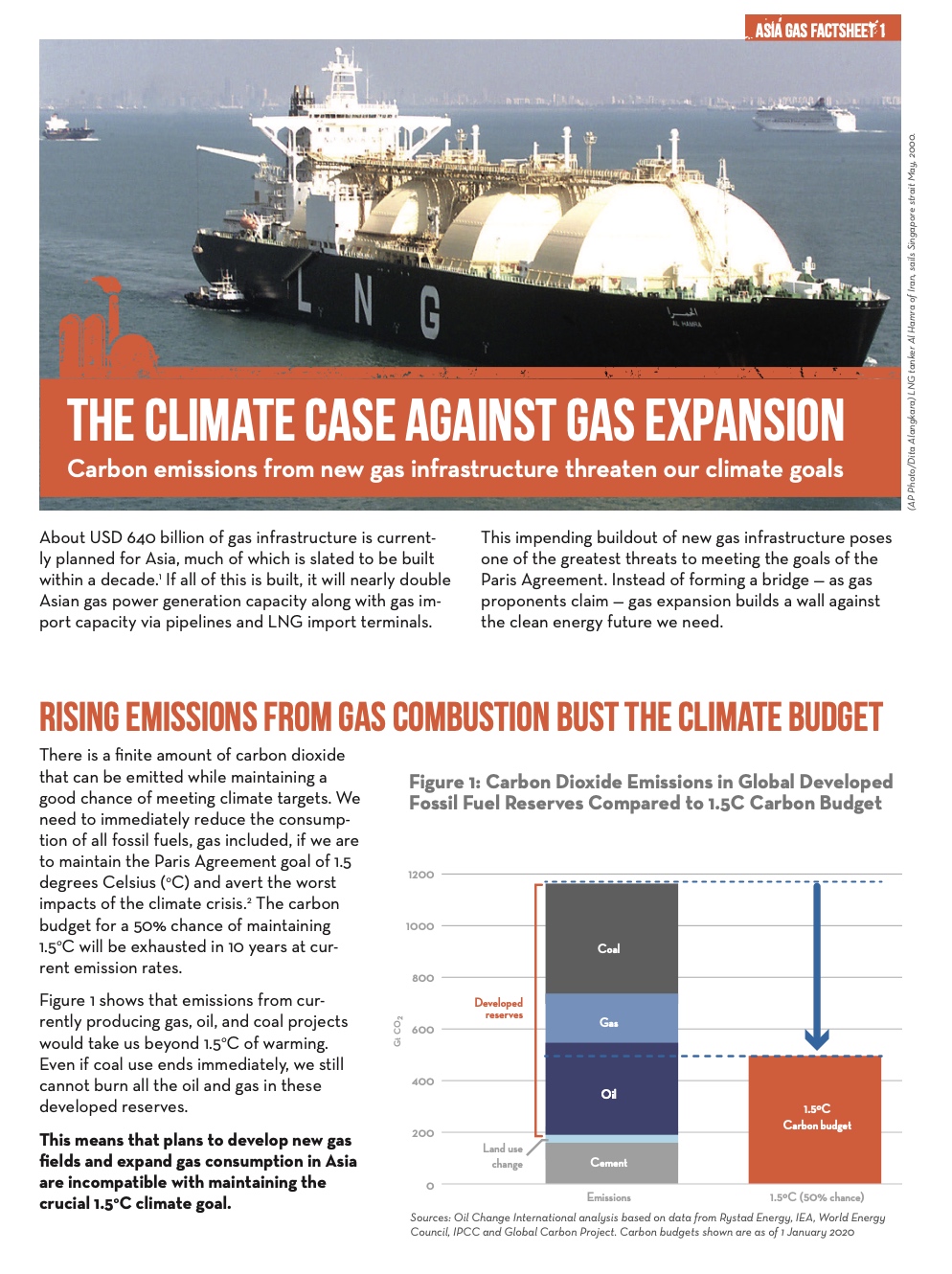 About USD $380 billion of gas infrastructure is currently planned for Asia, much of which is slated to be built within a decade. If all of this is built, it will nearly double Asian gas power generation capacity along with gas import capacity via pipelines and LNG import terminals.

Investing billions of dollars into gas power plants, pipelines, and LNG terminals risks locking in gas use and new carbon emissions at precisely the time that we need to start ramping them down. The technologies are available today to leapfrog gas straight to clean energy. But instead of forming a bridge to a clean energy future, the proposed expansion of gas use in Asia and elsewhere forms a wall against the clean energy future we need. We must stop building that wall and build the clean energy we need. 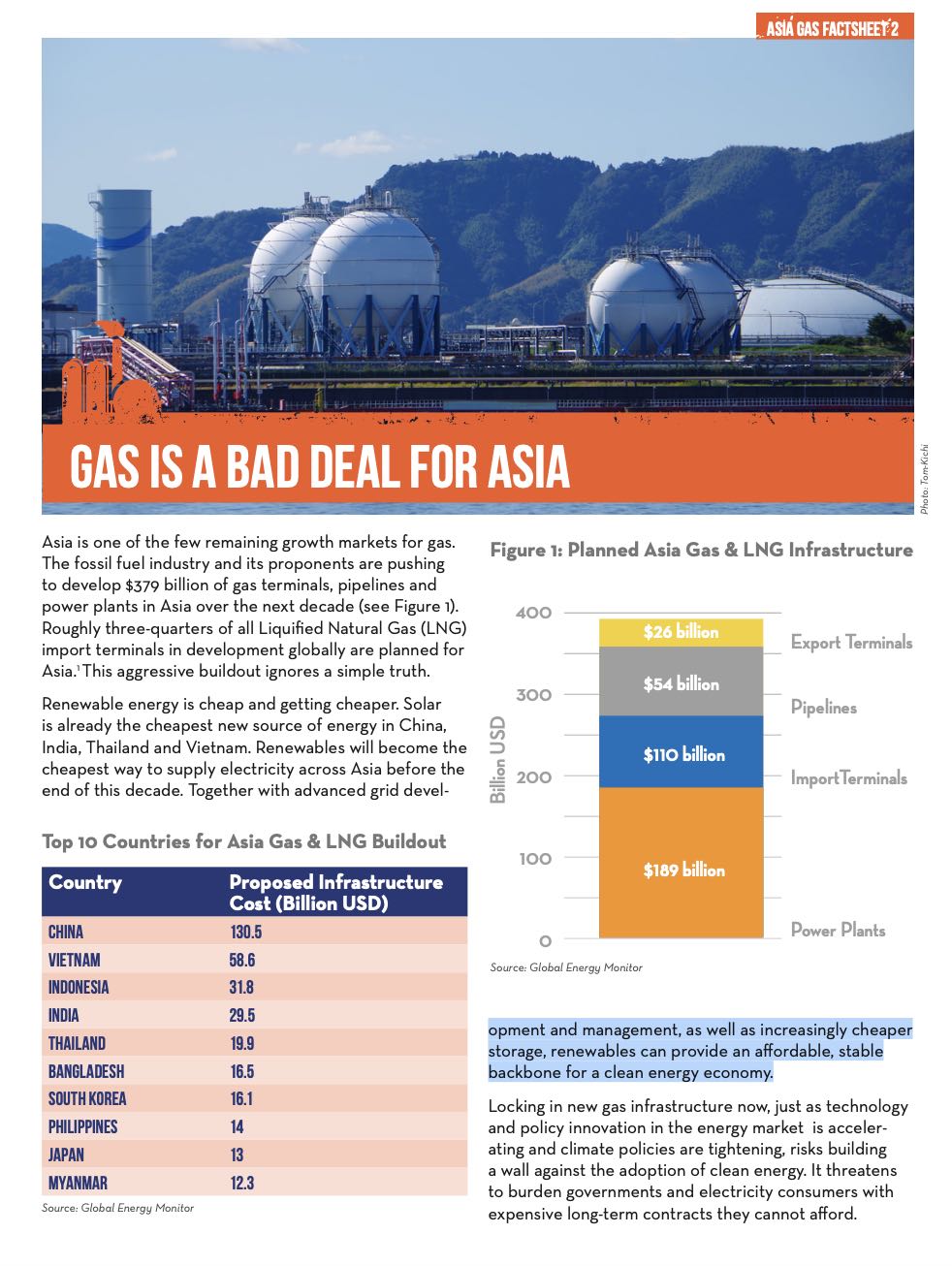 Asia is one of the few remaining growth markets for gas. The fossil fuel industry and its proponents are pushing to develop $379 billion of gas terminals, pipelines and power plants in Asia over the next decade. Roughly three-quarters of all Liquified Natural Gas (LNG) import terminals in development globally are planned for Asia. This aggressive buildout ignores a simple truth.

Renewable energy is cheap and getting cheaper. Solar
is already the cheapest new source of energy in China, India, Thailand and Vietnam. Renewables will become the cheapest way to supply electricity across Asia before the end of this decade. Together with advanced grid development and management, as well as increasingly cheaper storage, renewables can provide an affordable, stable backbone for a clean energy economy.