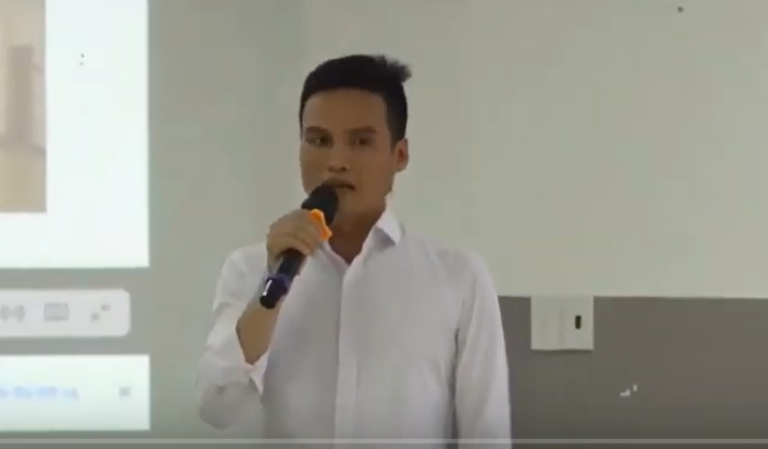 On the first anniversary of Dang Dinh Bach’s imprisonment, a prominent Vietnamese environmental lawyer, international NGOs are calling for his immediate release.

It was a year ago that Dang Dinh Bach was sentenced to a five-year prison sentence on trumped-up charges of “tax evasion” after leading a campaign to reduce Vietnam’s reliance on dirty coal.

Bach is the founder of the Law and Policy of Sustainable Development Research Centre (LPSD), and has dedicated his life to protecting communities from harmful pollution, phasing out plastic waste, and supporting the government’s transition to clean energy.

In a Youtube video from 2021, Bach talked about the dangers of his work at LPSD, an organization he had founded. He talked of his wish for more citizens to be able to do his kind of work in “relative safety” and how, in the past, he had seen his work as “very dangerous.”

He is one of a number of environmental activists who the Vietnamese authorities have imprisoned: Journalist Mai Phan Loi, the Head of the Center for Media in Educating Community, also received a four-year prison term for tax fraud. Another leading activist, Bach Hung Duong, was also sentenced to two years in prison. According to the Diplomat website, “all had spoken out against the Vietnamese government’s coal policies.”

In addition, Ms Nguy Thi Khanh, a prominent environmental activist and winner of the Goldman Environmental Prize in 2018 and a symbol of the campaign against Vietnam’s reliance on coal power, has also been jailed to international outrage. She was sentenced to two years in prison last year for tax fraud.

Writing about that case in June 2022, I noted: “It seems the tax-related charges are the de facto trumped up charges of choice for the Vietnamese authorities to stamp out voices they do not like. Khanh’s arrest fits a wider pattern of increasing intimidation against activists in Vietnam and internationally.”

The charges were false, and the legal process was flawed too. Bach was not granted a fair trial. He was not allowed to meet with his lawyer until seven months after he was arrested, and his sentence was much harsher than normal for people accused of tax evasion in the country. United Nations experts suggest that Bach’s prosecution was politically motivated.

Since Bach’s arrest, he has engaged in numerous hunger strikes to protest his conviction and Vietnam’s use of ambiguous tax laws to silence environmental and climate leaders. To increase pressure on the Vietnamese authorities, a group of international NGOs has now launched a #StandwithBach social media campaign and website calling for his immediate release.

His wife, Thao, told the website: “I never imagined that Bach would be imprisoned for the work he has done to help people. His top priority has always been the health and well-being of the people of Vietnam.”

“It is shocking that environmental defenders in Vietnam are being jailed for working to protect ordinary Vietnamese from the worst impacts of climate change or for ensuring Vietnam moves rapidly towards a clean, affordable energy transition,” said Shruti Suresh, Land & Environmental Defenders Campaign Strategy Lead from Global Witness.

Environmental lawyer Dang Dinh Bach will not celebrate lunar new year with his family this year because he's in prison. The charge is “tax evasion” but really it’s Vietnam’s systematic silencing of climate leaders. #StandwithBach and spread the word. https://t.co/nAwwDTLg40 #JETP