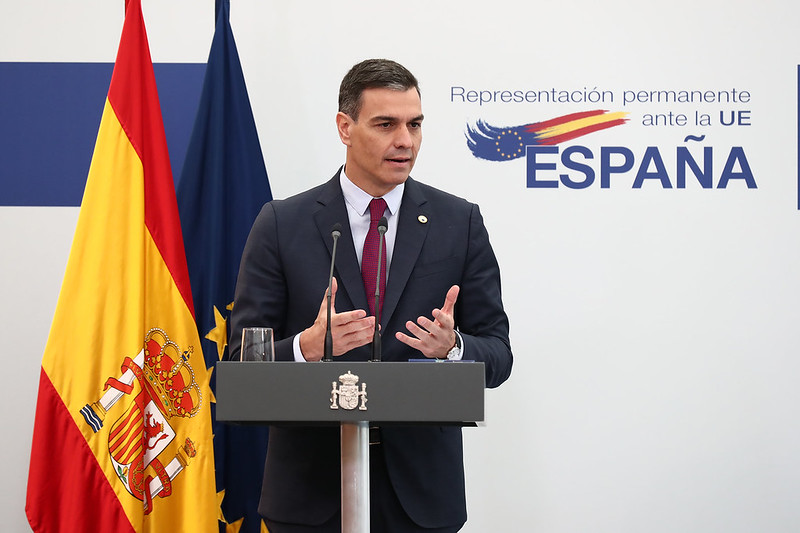 Spain has joined a growing list of countries implementing new policies to restrict international finance for oil and gas to implement a key climate pledge. At the UN COP26 climate summit in Glasgow in 2021, alongside 38 other countries and institutions, Spain pledged to end international public finance for fossil fuels by the end of 2022 and shift this money to clean energy. However, Spain’s new policy (English translation here) released by the Spanish export credit agency CESCE falls short of the Spanish Government’s commitment to end all financing for fossil fuels with only limited exemptions in line with the 1.5°C climate goal.

If all signatories follow through on their pledges with integrity, this will directly shift USD 28 billion a year from fossil fuels to clean energy and help shift even larger sums of public and private money away from investments in climate-harming fossil fuels. Spain would have accounted for a significant share of this shift if it had delivered on its pledge with integrity. Analysis shows that from 2018-20, Spain provided an average per year of USD 2.1 billion to international fossil fuel projects and only USD 47 million to clean energy – 2.2% of its support went to clean energy and 97.8% of its support went to fossil fuels. This is one of the most lopsided fossil-to-clean-energy ratios amongst high-income countries. The vast majority of Spain’s international energy finance came via CESCE.

Although the CESCE policy ends support for oil and gas extraction and refining (coal support was already prohibited), the policy contains a loophole that allows liquefaction, regasification, transportation, processing, storage, and distribution of Liquified Natural Gas to continue. This loophole is of particular significance given that LNG infrastructure receives the largest share of international public finance globally.

LNG is fossil gas that is cooled to -162°C, in order to reduce its volume and allow it to be shipped across oceans, to new markets, where it is again regasified. This process makes gas more widely available geographically, creating new markets, creating more fossil fuel demand, and enabling more upstream gas development. Like other forms of fossil gas, LNG is damaging for the climate, leaking methane throughout the supply chain, which is 87 times more potent than carbon dioxide in the first 20 years after it is emitted. But LNG also requires extra energy-intensive processing, adding a significant amount to the full lifecycle emissions of producing and using gas.

Recognizing these impacts, the International Energy Agency (IEA) net-zero scenario that maintains a 50% chance to limit global warming to 1.5°C not only has no investments in new oil fields, but also not in gas fields, nor in new LNG infrastructure.

In addition, the CESCE policy allows continued support for gas power, where gas power plants can still be approved in low-income countries if they meet a number of conditions, including fitting into the climate plans of a developing country’s Nationally Determined Contribution (NDC), the climate plans that countries must submit to the United Nations Framework Convention on Climate Change. In reality, gas power will fit into the NDCs of most developing countries, despite the climate harm and fossil fuel lock-in they will cause. Science suggests that emissions from already-existing fossil fuel power infrastructure puts the 1.5C target in jeopardy. In addition, gas is not a solution to the energy access problem in low-income countries. Of the 800 million people worldwide who are lacking electricity, 85% live in rural areas where distributed renewable energy is, in most cases, better able to provide electrification at a lower cost.

All in all, the CESCE policy is not up to the standards of the policies released by fellow signatories, including France, the UK, and Canada.

Although the policy contains a commitment to reduce CESCE’s exposure to the hydrocarbon industry by 75% by 2035 (from 2020 levels), no milestones are provided between now and 2035 that will guide the exposure reduction and this 2035 target does not guarantee that no climate-incompatible gas expansion would be financed in the meantime.

“The alleged climate leadership of the government of President Sánchez vanishes when we see how Spain wants to continue financing gas infrastructure in the world. It is absolutely unacceptable to fund climate catastrophe with money from taxpayers.”

“This new policy breaks Spain’s promise to stop funding fossils. Although it restricts CESCE’s oil and gas finance, it leaves significant loopholes. Scientists are clear that there is no room for new LNG infrastructure if we are to have a chance of meeting climate goals, but CESCE’s policy gives the green light for public finance to LNG to continue. Spain can still keep its promise, but it must close the LNG and gas power loopholes in CESCE’s policy.”