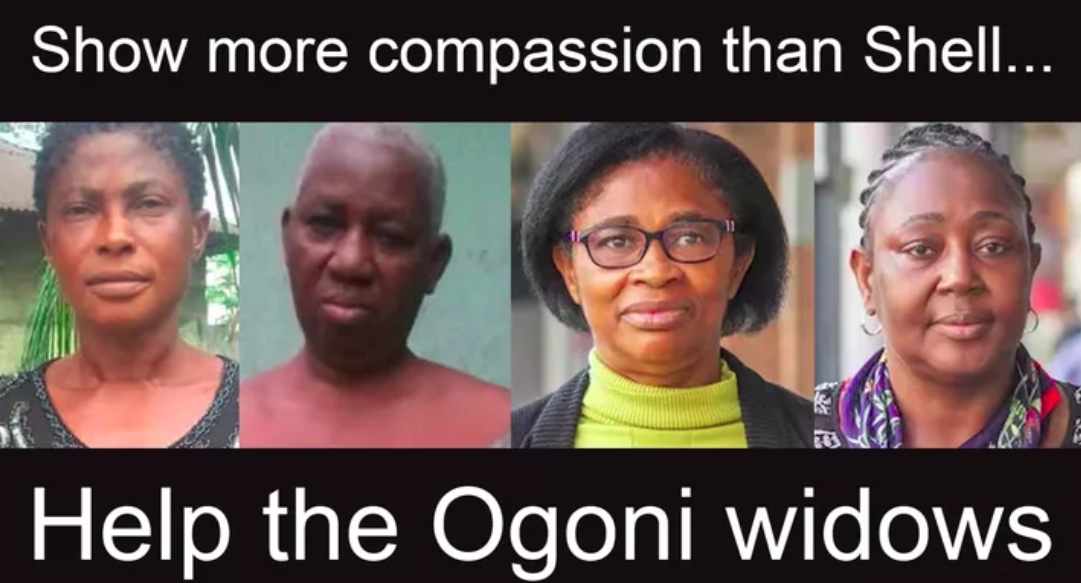 When the Nigerian writer and activist Ken Saro-Wiwa was murdered in 1995 along with eight other colleagues, his reported final words were: “Lord take my soul, but the struggle continues”.

Saro-Wiwa and the others had been campaigning against Shell’s ecological destruction of Ogoniland. Thirty years ago this month, on January 4 1995, some 300,000 Ogoni, some sixty per cent of the population, peacefully protested against the oil giant’s activities. At the time, it was the largest mobilisation against an oil company worldwide.

One Ogoni leader told the crowd that day that we have “woken up to find our lands devastated by agents of death called oil companies. Our atmosphere has been totally polluted, our lands degraded, our waters contaminated, our trees poisoned.”

The vibrant energy as a community mobilised seeking social and environmental justice was palpable. The Ogoni sang, and they danced. They held placards, with one saying: “Gas flaring kills Ogoni.” There is an iconic picture of Saro-Wiwa taken that day addressing the crowd. His right arm is raised as he speaks passionately to the crowd. Since then, in the Niger Delta, the 4th of January has been known as Ogoni day.

The energy and hope of that day have been long eroded in the decades that have passed. On November 10 1995, Saro-Wiwa and the other Ogoni 9, Saturday Dobee, Nordu Eawo, Daniel Gbooko, Paul Levula, Felix Nuate, Baribor Bera, Barinem Kiobel, and John Kpuine were murdered by the Nigerian military after a sham trial to silence their campaign against Shell.

For years, some of the widows of the Ogoni 9 sought justice and to hold Shell to account for its role in the death of their husbands.

In 2002, one widow, Esther Kiobel sued Shell in the United States, where she had been granted asylum. Over ten years later, the U.S. Supreme Court ruled that it did not have jurisdiction over the case, meaning U.S. courts never got to examine the facts of the case.

In 2017, Esther Kiobel and three other widows, Victoria Bera, Blessing Eawo, and Charity Levula, brought a new legal case against Shell in the Netherlands.  During the trial, three witnesses stood under oath and, one by one, testified that Shell bribed them.

Mark Dummett from Amnesty International tweeted live from the court. Here are a couple of tweets from that hearing:

Last year, in a devastating verdict for the widows, the court sided with Shell. The judge dismissed these witnesses and evidence, saying that this was not enough to prove that Shell was guilty. You can read the judgement here.

As I wrote about the case last year: “It is hard enough to get an oil giant in court. It is even harder when that oil giant delays proceedings for years, so memories begin to fade. Or harder still when it conceals evidence. Finally, it appears it is even harder to have the level of proof that the court was demanding – and it seems it was demanding a criminal level of proof in what was a civil case.”

The verdict again shows how difficult it is to hold the powerful with deep pockets and near-unlimited amounts of money to account.

After the judgement, Mark Dummett said, “these extraordinarily brave women are not giving up. Their voices have been heard. They should be commended for the invaluable work they have done to highlight the global culture of impunity for multinationals accused of human rights abuses.”

And then, in November last year, the widows made the heart-breaking decision to cancel any further legal proceedings. At the time, their Dutch lawyer, Channa Samkalden, said “Obviously this is not without disappointment and frustration. This has been a lengthy and demanding procedure, which makes them re-live horrible events, while the outcome is most uncertain.”

Channa added that she and others were working on initiatives to help provide the widows with essential financial assistance. And now one of those initiatives has gone live.

A Go Fund Me page has been created by the Dutch activist Hilde Brontsema, with help from Channa.

Please help Esther Kiobel, Vicoria Bera, Blessing Eawo and Charity Levula to a future brighter than their past. Donate and/or share the link:https://t.co/9AF0h6aEZ0. Even a small donation of €6 will help a Nigerian family through the week. Thank you. 5/5

Hilde has spent the past six years working on lawsuits against Shell, including the case against Shell in Nigeria. The money raised will be transferred in equal parts to the four women. One of the women, Blessing, is sick but cannot afford her medical bills.

As the page says, the women’s lives are “still completely dominated by the terrible events of 1995″ and they have “lost everything”. Therefore, please “help them with a donation so that they can rebuild their lives.”

Justice may have been denied, but the struggle continues. Now it could be your turn to help. Please give generously. The link to the page is here.