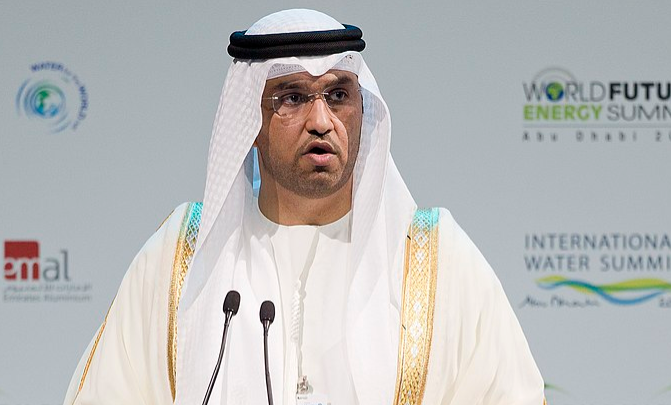 There is universal condemnation today on the breaking news that the United Arab Emirates has appointed a veteran oil industry insider to preside over the upcoming UN climate talks that will happen later this year in Dubai.

The news this morning that Sultan al-Jaber, the CEO of the Abu Dhabi National Oil, will be the new chair of the climate talks is a new low for the UN climate process.

The COP’s credibility was already battered by recent events in Egypt, with accusations of greenwashing, undue corporate influence of fossil fuel lobbyists, and attacks and intimidation of climate activists by the host nation.

The announcement ironically came the day after the journal Nature published an editorial saying that: “UN climate conferences are too beholden to oil and gas interests. Like-minded nations must come together to keep climate hopes alive.”

But the appointment of Al-Jaber, who is described as a “veteran technocrat” seems to be the final straw for many climate activists and experts.

The polluting oil-pumping fox has literally taken over the hen house. As Aljazeera points out this morning: Al-Jaber’s firm “pumps some 4 million barrels of crude a day and hopes to expand to 5 million daily, generating more of the heat-trapping carbon dioxide that the UN annual climate negotiations aim to limit.”

Tasneem Essop, the executive director of Climate Action Network International, told the Guardian that if Al-Jaber, “does not step down as CEO, it will be tantamount to a full-scale capture of the UN climate talks by a petrostate national oil company and its associated fossil fuel lobbyists.”

She added: “As civil society we [will] demand that Al Jaber does the right thing and either stand aside or step down.”

Vanessa Nakate, a Ugandan climate activist, told the Financial Times: “We cannot have another COP where fossil fuel interests are allowed to sacrifice our futures to eke out another few years of profit.”

Blair Palese, the managing editor of Climate and Capital Media, told me: “I didn’t think COP could get any more absurd than naming Coke, the world’s biggest (oil-based) plastics offender, the official sponsor of the global climate talks for COP27. I was wrong! By appointing an oil sultan as COP28 President, the UAE takes the prize for global trust breaker in a climate crisis.”

Colleagues at OCI were outraged too: Romain Ioualalen, Global Policy manager at OCI, said: “This is tantamount to putting the head of a tobacco company in charge of negotiating an anti-smoking treaty. This appointment risks further undermining the credibility of global climate talks and threatens the action and leadership needed for a rapid and equitable phase out of all fossil fuels, which over 80 countries called for during last year’s COP.”

The President of the next crucial international climate negotiations, Dr. Sultan Al Jaber, is the CEO of major oil company ADNOC. He is working to increase its output of crude oil from 3 million barrels of oil a day in 2016 to 5 million by 2030. Does that make any sense to you? https://t.co/Te7sTYuDhW

Al Jaber's appointment as #COP28 President is outrageously regressive and deeply problematic to say the least!

Fossil fuels are the root cause of the #ClimateCrisis. His position as CEO of the Abu Dhabi National Oil Company raises grave conflict of interest issues. pic.twitter.com/w6MJfY59Mr

And my colleague David Tong tweeted:

Appointing an oil company CEO to preside over the #climate talks is utterly shameless.

ADNOC doesn't even seem to report its climate pollution, let alone have targets to cut it. When the IEA says there's no room for new fields for 1.5ºC, ADNOC plans to extract more & more.