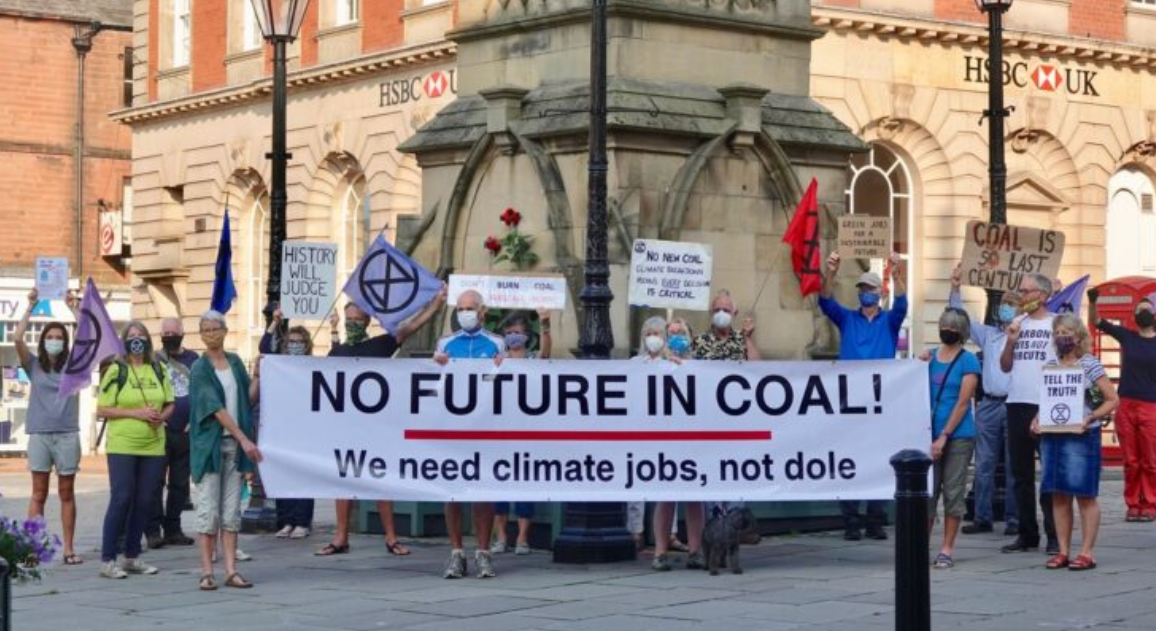 There has been widespread condemnation of the UK’s highly controversial decision to approve the first new coal mine in 30 years in Cumbria.

The long-awaited decision, made yesterday, has been widely criticized by parliamentarians on all sides of the political divide, as well as scientists, climate activists, industry insiders, and even the British Government’s climate advisors.

The £165 million mine, approved yesterday by Britain’s Levelling Up Secretary, Michael Gove, would be for coking coal for making steel. Initially supported by the local council two years ago, the final decision rested with the Conservative Government, which until recently held the COP Presidency.

And yesterday, it gave the green light to a new dirty coal plant, uniting voices from across the political spectrum, businesses, scientists and activists, who all condemned the decision.

In the Government’s approval letter, one of the main reasons for giving the go-ahead is the need for coal, even though experts have pointed out that a staggering 85% of the coal produced by the mine is due to be exported.

Even British steel-making companies said they would not use the steel, instead using lower carbon production methods. Ron Deelen, a former chief executive of one of those companies, British Steel, said: “This is a completely unnecessary step for the British steel industry, which is not waiting for more coal as there is enough on the free market available. The British steel industry needs green investment in electric arc furnaces and hydrogen to protect jobs and make the UK competitive.”

The Conservative Government even tried to argue that the carbon emissions from the dirtiest of fossil fuels “would be relatively neutral and not significant”.

Such sentiments were widely ridiculed, not least because the mine will belch out 9 million tonnes of CO2 a year, equivalent to 200,000 extra cars on our roads every year.

The Government’s advisory Climate Change Committee (UKCCC) led the condemnation of the decision. Its chairman, Lord Deben, described the proposal as “absolutely indefensible”, adding it would damage the UK’s so-called leadership position on climate change.

Politicians were equally dismissive. Former COP President, and a senior Conservative, Alok Sharma, argued the mine would conflict with the UK’s climate targets.

Shadow Climate Secretary Ed Miliband said the mine was “no solution to the energy crisis” and “does not offer secure, long-term jobs”. The Lib Dem Cumbrian MP, Tim Farron, whose constituency boundary abuts the area where the mine is located, said the go-ahead was “daft” and “like celebrating the opening of a Betamax factory”. He added: “This is not only foolish in fact, it’s also foolish politically, as it makes us a laughing stock when it comes to us trying to talk to other countries like China about how they reduce their carbon emissions.”

Experts deeply condemned the move: Professor Lord Stern, Chair of the Grantham Research Institute on Climate Change and the Environment at the London School of Economics and Political Science, called the move a “serious mistake. An economic, social, environmental, financial and political mistake. Economically, it is investing in the technologies of the last century, not this century, and that is the wrong path to growth. Socially, it is pursuing jobs in industries that are on the way out, creating future job insecurity.”

The Government’s ex-chief scientific advisor Sir David King said: “The decision to go ahead with a new coal mine in Cumbria is an incomprehensible act of self-harm. This action by a leading developed economy sets exactly the wrong example to the rest of the world.”

Professor Nick Cowern called the coal mine “a dead man walking. Far from supporting the west Cumbrian economy it kills the prospect of inward investment in this industry’s real future, green steel. Very sad for an area that has been blighted for decades by bad decisions.”

Environmental and conservation groups were scathing too. Tasneem Essop, the executive director of Climate Action Network International said: “As a historical emitter responsible for the current state of the climate crisis, the UK cannot expand or invest in any new fossil fuel projects,” Essop added. “No coal, no gas, no oil. They need to start demonstrating their commitment to 1.5C through actions and not just words.”

Friends of the Earth said the decision was a “misguided and deeply damaging mistake that flies in the face of all the evidence.”

Yesterday the government decided it would rather:

? degrade the countryside
? pollute the atmosphere
? make a mockery of their own legally binding climate commitments.

Climate activists and civil society took to Twitter to condemn the decision:

This is not a surprise.

This Govt. has made it clear time and again that they are ideologically opposed to action on climate change, let alone delivering a transition that makes life better for people and communities.

Time to organise to get them out.https://t.co/GTvz0ps4So

Unforgivable decision by UK Government to approve a new coal mine in Cumbria. Makes no sense in terms of the science, the economics, or indeed the UK’s legally binding #NetZero commitments. https://t.co/V0AbYOjK0i

And energy experts: One, Adair Turner, chair of ETC Energy, called it “climate vandalism and economic incompetence on a scale difficult to believe.”

The government has just APPROVED the new coal mine in Cumbria. There goes the UK’s reputation for climate leadership. Up in a puff of filthy, polluting, climate wrecking smoke https://t.co/G82yRg9LrP

The political approval yesterday of the coal mine is by no means the end of the matter. Yesterday’s decision will be heading to the courts. All the Conservatives seem to have done is make a disparate group of people even more determined to fight for climate action and justice. And that starts with phasing out coal, not walking back into the dirty past.