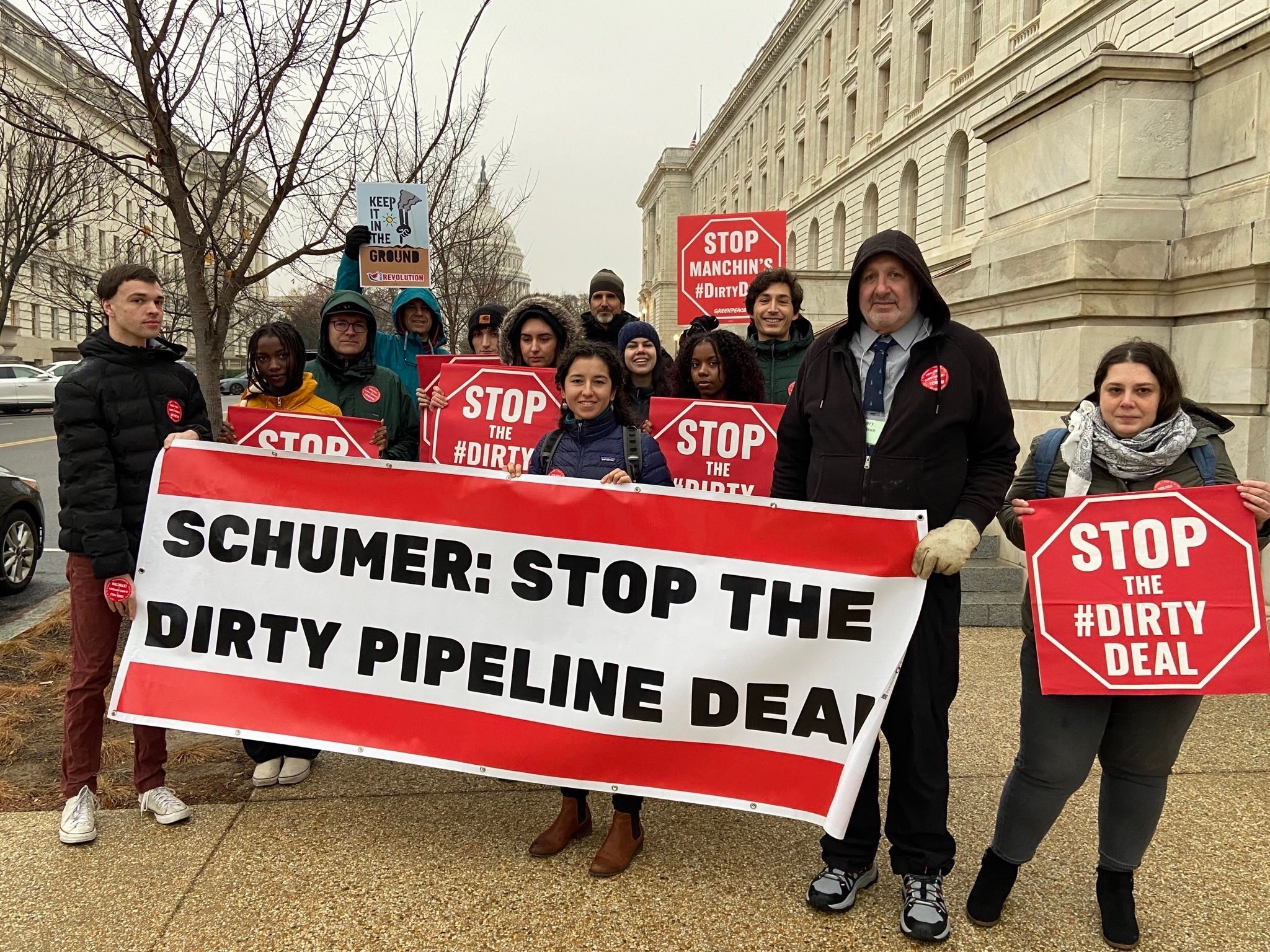 Oil Change International: Manchin’s newest dirty deal text is even worse than earlier versions — and we’ll stop it too

WASHINGTON, DC — On Wednesday, U.S. Senator Joe Manchin released proposed text for the newest iteration of his so-called ‘permitting reform’ legislation, better known to the public as his dirty deal. Manchin is now pushing for a vote on the bill as an amendment to the 2023 National Defense Authorization Act.

The bill contains minor alterations from prior versions — almost all of which would would worsen the bill’s dangerous impacts — but is fundamentally the same legislation now twice rejected by Congress. Like previous versions, the proposed bill from Manchin would fast-tracked fossil fuel projects, including the Mountain Valley Pipeline, while shortening and limiting review processes for energy projects under the National Environmental Policy Act and other bedrock environmental laws.

“Mere hours after Congress rightly rejected his dirty pipeline deal, Joe Manchin is attempting yet again to force this deadly legislation that would endanger environmental justice communities. Communities under siege from pollution have already blocked this bill twice from advancing, and they’ll do it again as many times as needed.

“Manchin’s desperate attempts to deliver the Mountain Valley Pipeline for his fossil fuel donors would be laughable if they weren’t so dangerous. This bill is a disaster, and Democratic leadership has openly acknowledged it is a favor to Manchin rather than a serious proposal grounded in the reality of our country’s energy needs. Fast-tracking giveaways to the fossil fuel industry is the opposite of climate leadership, and we won’t stop fighting to protect our communities and the climate.