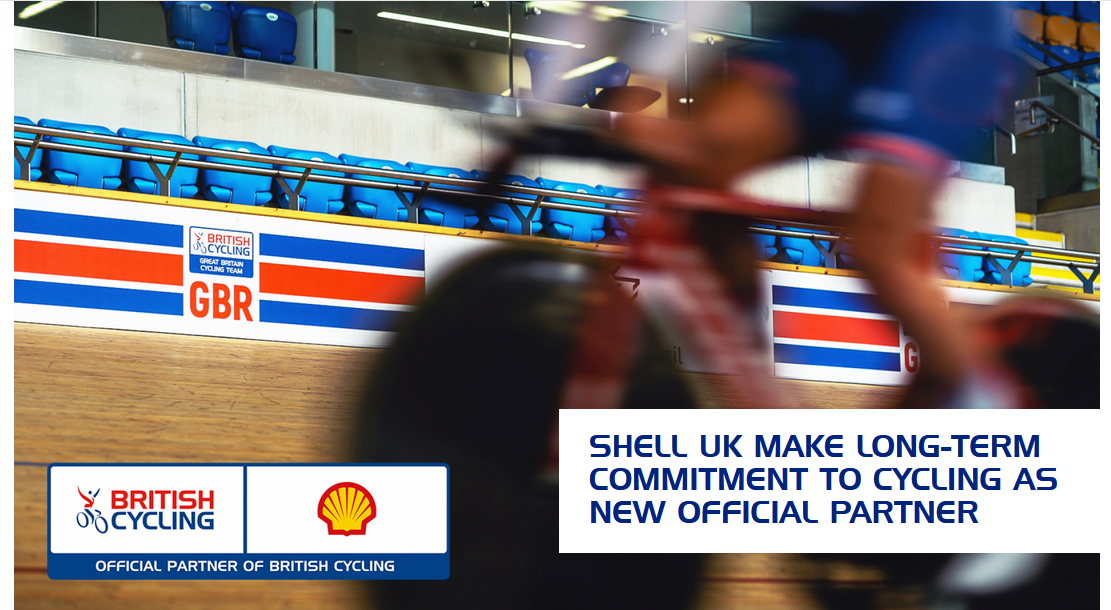 On Monday, British Cycling, the UK’s national body promoting cycling, which has helped the country produce a string of elite Olympian athletes, announced that it had signed a “long-term partnership” with oil giant Shell.

The news of the multi-year agreement, which starts this month and runs to the end of the decade, was splashed proudly across the organization’s website.

The CEO of British Cycling, Brian Facer, said this “partnership with Shell UK brings powerful support for cycling, will help us to improve and will make more people consider cycling and cyclists.” Facer added that the sponsorship deal will “help our organization and sport take important steps towards net zero.”

Maybe British Cycling had looked at other commercial tie ups in the sport of cycling and been envious of the money, for example, that chemical giant INEOS had poured into the team INEOS Grenadiers. But that is no excuse.

In making the tie up with Shell, British Cycling has made a strategic and catastrophic mistake allowing Shell to sports-wash and greenwash its deeply tarnished brand.

Let us not forget that Shell has consistently been accused of complicity in human rights abuses in Nigeria, as well as ecological destruction and racism. It has consistently delayed action on climate change and is challenging legal action in the Dutch courts forcing it to act.

The oil giant is also currently pushing the Jackdaw field in the North Sea, despite the fact that scientists tell us we cannot carry on drilling for more oil and gas if we want to keep global warming to 1.5 degrees.

And as an analysis by Oil Change International and other groups last year revealed Shell’s climate plans are grossly insufficient and are no where near aligned with 1.5 degrees warming.

It is hardly surprising the backlash to the sponsorship deal announcement was swift and severe. It is hard not to think of this as anything other than a cynical public relations exercise by the oil giant, similar to the ones it took after the Brent Spar fiasco and Ogoni 9 murders in the nineties.

The Greenpeace UK policy director, Dr Doug Parr, said “After being booted out of museums and other cultural institutions, Big Oil is looking at sports as the next frontier for their brazen greenwash. But their aim hasn’t changed – to distract from the inconvenient fact that the fossil fuel industry is making our planet uninhabitable.”

Jamie Peters from Friends of the Earth added “Shell is continuing to invest billions in oil and gas projects, while using cynical PR initiatives like this partnership to attempt to greenwash its harmful activities.”

Peters continued: “Tobacco firms are rightly banned from sports sponsorship due to the damaging health effects. The same should apply to oil and gas companies which are devastating the health of our planet. Shell should have been told to get on its bike.”

And now a public petition has been organized to stop the Shell sponsorship.

Over1,100 groups and individuals have now signed an open letter calling on @BritishCycling to drop their toxic sponsorship deal with Shell. You can add your name here ? https://t.co/GxSF4Zf5Pv @badvertising11 #cycling #ClimateAction https://t.co/6ZacoDTIN1

The letter is signed by over 1000 civil society and cycling organizations and has been sent to British Cycling. It warns of the “incompatibility of aligning cycling with one of the world’s biggest polluters and major oil companies.”

The letter continues: “That you should allow the good name of British Cycling to become a billboard for an oil company which has for decades lobbied against environmental action and sowed doubt and confusion around climate science has come as a shock to many people.”

“Whilst appreciating the challenges of funding any organization” the signatories of the letter “ask you, for the sake of future generations, and to demonstrate that you reject greenwashing and sport-washing by major polluters, to withdraw from your sponsorship deal with Shell.”

Meanwhile influential commentators on twitter were also scathing about the sponsorship deal:

Is this irony from @BritishCycling ? @Shell_UKLtd has spent decades undermining urgent action on climate change (& still does). @BritishCycling, & much of the arts & sports world, needs to develop a backbone, & fast, rather that sacrifice future generations for a few oil£s today!

1000+ quote tweets. People really hate shell. @BritishCycling, please back out of the partnership. If you turn this into another win for the climate movement, we’ll happily move on. Let us know if you need help writing @shell a strongly-worded email. We love those! #ShellMustFall https://t.co/7kfLu2mC5g

The sponsorship deal is also forcing people to cancel their British Cycling membership:

Inspired by @Shell_UKLtd's new partnership with @BritishCycling, I've decided to start my own campaign, which I'm cheerily calling "#ShredWithShell". Other disgruntled cyclists are welcome to join me in that cathartic feeling you get by destroying your membership card ? pic.twitter.com/Qgrf2Rlpad

Dear British Cycling, I've been a proud member for many years. However, I will not allow my membership to be used to greenwash the fossil fuel industry. Unless you cancel this arrangement I and plenty like me, will cancel our membership. https://t.co/tAU2h7LwQg

The message to British Cycling is simple. Show some humility and cancel this sports-washing sponsorship deal now. Otherwise you too will be tarnished by Shell’s dirty actions and ongoing climate denial. And day by day your credibility will crumble.