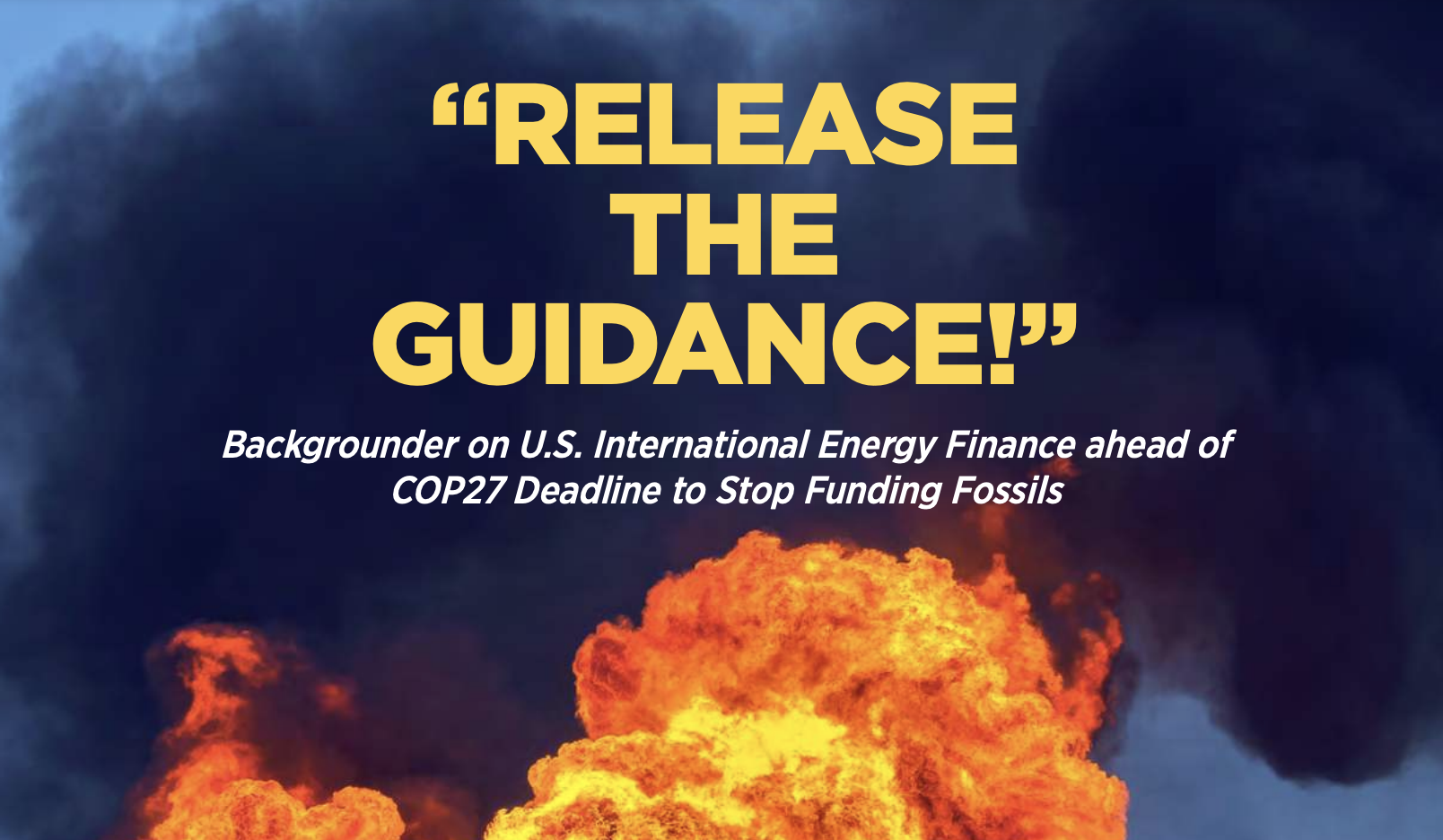 This briefing, Release the Guidance: Backgrounder on U.S. International Energy Finance ahead of COP27 Deadline to Stop Funding Fossils, reveals that from 2010 to 2021, the United States’ major trade and development finance institutions provided USD 51.6 billion in support for fossil fuels, nearly fives times as much support as for renewables (USD 10.9 billion).

Since taking office in January 2021, the Biden-Harris Administration has made a series of commitments toward ending this international public finance for fossil fuels, including joining 38 other countries and institutions as signatories to the Glasgow Statement commitment to end new direct public support for international unabated fossil fuel use by the end of 2022.

However, the Biden-Harris Administration has not released public guidance on the implementation of this commitment, which is set to take effect by the end of this year. This briefing reviews what is known about the current U.S. policy guidance, unpacks trends in recent energy finance from the U.S. Export-Import Bank (EXIM) and U.S. International Development Finance Corporation (DFC), identifies specific fossil fuel projects and loopholes that appear to be under consideration, and makes recommendations for how the United States can still implement its commitments with integrity and on time.

In order to meet the Glasgow Statement commitment with integrity, the Biden-Harris Administration must release a public interagency guideline that bars new public fossil fuel support in time for COP27, including the following:

In addition, EXIM and DFC should implement the following agency-specific recommendations: