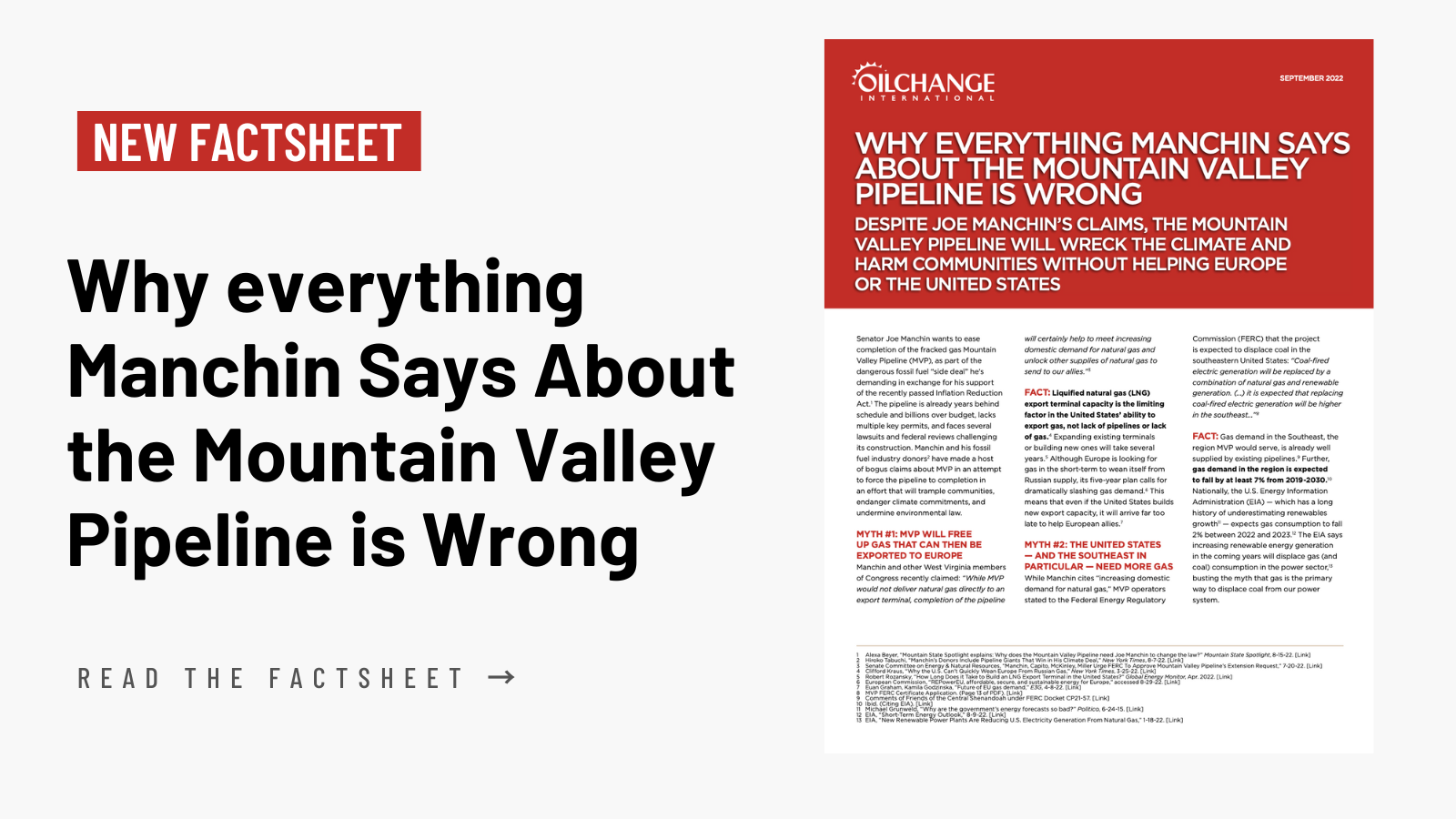 Manchin and his fossil fuel industry donors, already contributing over USD 700 million in coal, oil, and gas contributions to Manchin’s campaign during the 2022 election cycle alone, have made a host of bogus claims about MVP in an attempt to force the pipeline to completion in an effort that will trample communities, endanger climate commitments, and undermine environmental law.

This fact sheet reveals MVP will not alleviate Europe’s current energy crisis, is not needed in the Southeast U.S. as demand for gas is expected to decrease over the next decade, and that the project will increase U.S. greenhouse gas emissions over the next decade.