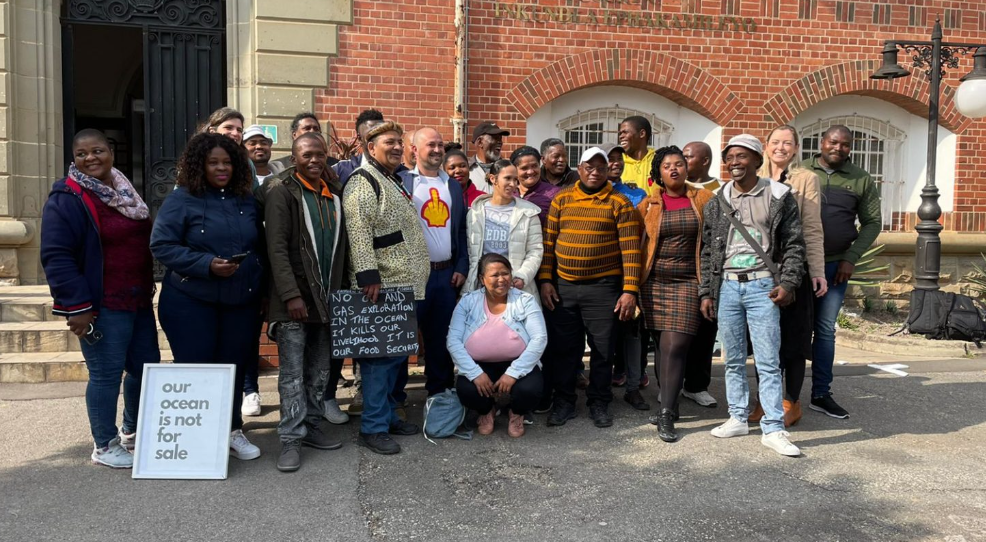 The history of Shell on the African continent is wrapped in a vortex of controversy that stretches back decades.

For over a quarter of a century, the people of the Niger Delta have tried to stand up for environmental justice and to hold the company to account for its collusion in murder, endemic pollution and environmental racism.

And now it is the turn of those in South Africa to reign in the oil giant. Last week, in a significant victory, a High Court in the city of Makhanda ruled that Shell’s exploration right to conduct seismic surveys on the so-called “Wild Coast” of the country was granted unlawfully. It was therefore set aside.

This judgment was met with jubilant scenes by communities from the Wild Coast, who called it a “monumental victory for the planet”.

The case, which was brought by a number of African civil society organisations, sought to review the decision by the country’s Department of Mineral Resources and Energy to grant an exploration right to Shell and Impact Africa back in 2014.

The permit would have allowed them to conduct seismic surveys off the Wild Coast of South Africa in order to decide whether there was commercially recoverable reserves of oil and gas.

However, the seismic surveys could have had a devastating impact on marine life such as whales and other marine life. Shell and its contractor wanted to collect seismic data from an area of over 6,000 sq km (2,300 sq miles) of ocean off the Wild Coast, which is teaming with Southern right and humpback whales and dolphins and is a popular whale watching destination.

The US Center for Biological Diversity has warned that seismic blasts can “disturb, injure, and kill” marine life. “In marine mammals, the blasts – which reach more than 250 decibels and be heard for miles – can cause hearing loss, disturb essential behaviours like feeding and breeding, and mask communications between individual whales and dolphins,” says the Center.

The applicants argued that the original approval was unlawful because of three main reasons:

Firstly, there was “no consultation with affected communities and that the companies’ consultations with traditional leaders was insufficient.”

Secondly, the authorities had “failed to consider the potential harm to the fishers’ livelihoods, the impact on their cultural and spiritual rights and the contribution of oil and gas exploitation to climate change”.

Finally, in awarding the exploration right, the South African authorities had failed to consider the Integrated Coastal Management Act and its requirement to consider the interests of the entire community – including fishers and also ocean life.

Civil rights organisations and civilians celebrated outside the courthouse after the court ruled in their favour. Sinegugu Zukulu, Sustaining the Wild Coast, said: “Allowing Shell and the government to continue exploring for oil and gas and other fossil fuels would be detrimental to everybody’s lives and to the life of the planet. Winning means a sustainable life on this planet. A victory for the planet. Victory for future generations.”

Zukulu added, “The fight of coastal communities versus Shell is a struggle for environmental justice, for the protection of rural livelihoods, for sustainable development and for the life of the planet. Shell and the government are fighting for profit in the face of climate change that is putting the future of humanity at risk.”

Wilmien Wicomb, an attorney who worked on the case, added that there “is still much work to be done to undo the destructive colonial legacy of extractivism in Africa, but this decision gives South Africans renewed hope that people’s lives and precious ecosystems are valuable and worthy of protection from climate criminals. The future is renewable!”

The future may well be renewable, however, according to Greenpeace Africa there are still nearly 150 oil and gas projects in the pipeline across the continent. But every day communities are rising up and fighting back against this continued colonial exploitation.