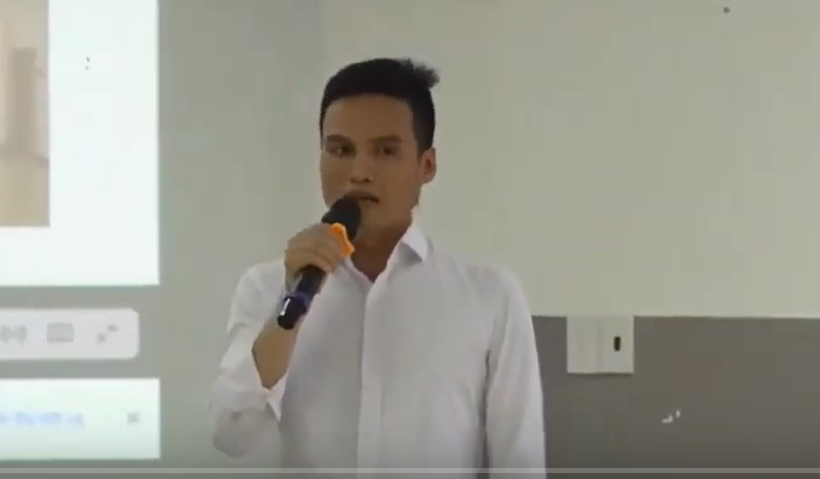 There is growing international pressure on Vietnam to release three environmental activists who have been imprisoned in the country on trumped up tax-related charges.

We urge you to take action to persuade the Vietnamese authorities to release the activists and safeguard the rights of human rights defenders in Vietnam.

Earlier this year, Dang Dinh Bach, from the Law and Policy of Sustainable Development (LPSD) Research Center, was sentenced to five years in prison for tax evasion. Meanwhile journalist, Mai Phan Loi, the Head of the Center for Media in Educating Community, also received a four-year prison term for tax fraud. Another leading activist, Bach Hung Duong, was also sentenced to two years in prison. According to the Diplomat website, “all had spoken out against the Vietnamese government’s coal policies.”

Speaking after his arrest in June 2022, Dang Dich’s Bach wife, Tran Phuong Thao, said she never ever imagined her husband would be imprisoned. She describes her husband as a compassionate man who is “dedicated” to working on environmental protection for the benefit of Vietnam’s communities. She says their shared values are service, dedication and giving.

However in a Youtube video from 2021, Bach had talked about the dangers of his work at LPSD, an organisation he had founded. He talked of his wish for more citizens to be able to do his kind of work in “relative safety”, and how in the past he had seen his work as “very dangerous”.

In addition, Ms. Nguy Thi Khanh, a prominent environmental activist and winner of the Goldman Environmental Prize in 2018 and a symbol of the campaign against Vietnam’s reliance on coal power, was jailed to international outrage. She was sentenced to two years in prison earlier this year for tax fraud.

Writing about that case in June 2022, I noted: “It seems the tax-related charges are the de facto trumped up charges of choice for the Vietnamese authorities to stamp out voices they do not like. Khanh’s arrest fits a wider pattern of increasing intimidation against activists in Vietnam and internationally.”

On August 11, a court in the country’s capital Hanoi rejected two different appeals made by the lawyers representing the three jailed men. In a token concession, the court slightly reduced the jail terms for Mai Phan Loi and Bach Hung Duong. Loi will now serve 45 of the 48 months of his original sentence, while Duong will serve 27 months of a 30-month term. However, in a separate hearing, a court upheld the draconian 5-year prison sentence imposed on Dang Dinh Bach.

Bach’s wife, Tran Phuong Thao, told the 88 Free Speech Project in Vietnam, that he had been on a 24-day hunger strike to protest the incommunicado detention and that he had lost significant weight. His family still has not been allowed to visit him since his arrest.

In an interview with Radio Free Asia, Tran Phuong Thao added that the country’s security forces had barred her from attending her husband’s trial, forcing her to sit instead at the courthouse gate. She added that lawyers had also been prevented from bringing laptop computers or mobile phones into the courtroom.

Thao also said that that diplomatic representatives from the United States, Germany, and the European Union were also refused entry by the court, which claimed there were “not enough seats in the courtroom.”

She told RFA: “I was not surprised by the outcome of the trial and was mentally prepared for whatever would happen. My husband continues to deny all the charges made against him and still declares his innocence.”

And now the Observatory for the Protection of Human Rights Defenders, a partnership of the International Federation for Human Rights (FIDH) and the World Organisation Against Torture (OMCT), has stepped into the legal fight.

The Observatory has “expressed its deepest concern about the Vietnamese authorities’ use of legal harassment, especially the use of tax-related charges against environmental activists, as a tool to criminalise them. “

It has strongly condemned “the unfair convictions, ongoing arbitrary detention and judicial harassment of Dang Dinh Bach, Mai Phan Loi, Bach Hung Duong and Nguy Thi Khanh, as it seems to be only aimed at punishing them for their legitimate environmental and human rights activities.”

The Observatory now urges “the Vietnamese authorities to put an end to all acts of harassment against” the four individuals and “immediately and unconditionally release them.”

Please visit their website for information to write and urge Vietnamese authorities to  release the activists and safeguard the rights of human rights defenders in Vietnam.